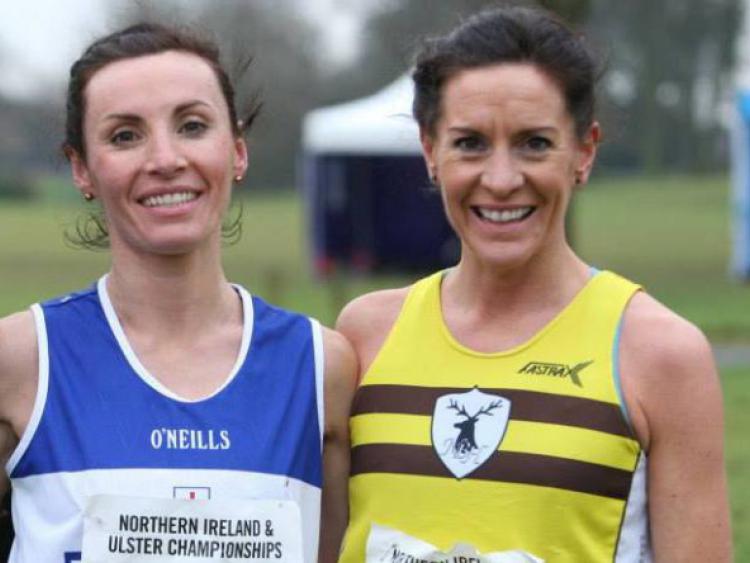 A journey that began with a desire to meet new people in a new city could end up with a trip to Rio de Janeiro next year and the 2016 Olympic Games for Kinlough’s Breege Connolly.

A journey that began with a desire to meet new people in a new city could end up with a trip to Rio de Janeiro next year and the 2016 Olympic Games for Kinlough’s Breege Connolly.

The 37-year-old native of Moneen on the Manorhamilton road outside Kinlough, Breege became the first Irish woman to achieve the Olympic Qualifying standard of 2 hours 42 minutes when she ran a stunning 2.37.29 in last Sunday’s Virgin London Marathon, finishing just over half a minute behind the legendary Paula Radcliffe.

“I had an interest in running but I only really started when I moved to Belfast ten or 11 years ago. I had run a bit with my cousin in Australia but I didn’t run in secondary school, I was a late starter.”

Success and improvement came rapidly but strangely, it was a poor performance rather than a good one that convinced Breege that she had ability in the demanding discipline - “It was probably when I ran a mediocre race that I felt that I can do something with this.

“I have never gone after 10K or 5Ks, I naturally fell into the marathon but I often think that a lot of these things happen with luck, things happen for a reason. I’ve had some great coaches and then on a club night out, two other club members who were seasoned marathon runners got chatting with me and they said they were willing to offer me their assistance.

“I had been made redundant at the time and I knew I was going to have the time to train and I managed to get my time down from 2.50 to 2.40.”

“There is no junk miles, there would be a fear of over-training but we didn’t go that way. I think the marathon distance came quite easy for me but I would have to credit the training but when I ran Dublin last year and ran 2.49, that gave me the kick up the bum I needed.

“I suppose I trained hard, but I didn’t manage to do the crazy miles you would see the elites doing because I would be busy at work. But I certainly got 70 to 90 miles a week in over the last while.

“I didn’t think too much about the number of miles I was doing and if I had of seen the training diaries of some of the other girls in the race I mightn’t have even done it. I got some great advice though from the people I train with and they helped me make sure all the miles really counted. If I’d have done more they’d have just been wasted. It’s about quality and structure.”

Breege also felt that a less intense focus has also led to improvements in her running - “I decided I needed to keep it real, that I was not going to get consumed with running.”

As for Sunday’s race, Breege described it as a “lovely day” - “I find my running legs quite early and I took off at a decent pace. The first ten miles in London is slightly downhill so I didn’t worry too much about my split at that stage but at halfway, I was about thirty seconds up on my target time.

“The miles between 13 and 18 are tentative because it is all about sustaining the pace but last Sunday was one of those lovely days, I got to 20 miles and I put the foot down, I felt I raced the last six miles and I passed the girl who finished third in the last 600m.

“It was one of those lovely days, it was cold, wet and a wee bit damp at the start and I knew that even if it heated up as they were promising, the conditions were good and I would hope to be finished by the time it got too hot.

“A marathon is a combination of everything, the weather, your train, luck, the big man looking down on you.”

Breege finished hot on the heels of Paula Radcliffe in her retirement marathon but she wasn’t aware how close she was to the world record holder - “I didn’t realise I was that close to her, it was only when I was coming down The Mall and I spotted her in the distance. I knew she wasn’t behind me because there was no noise behind me.”

Running in obviously in the family as her cousin Teresa Doherty (nee McGloin) has also achieved great success in the past year, winning the Ulster Senior cross-country title this year with Breege commenting “Teresa has had a very good year and has put in some excellent runs over the year.”

And it is the influence of home that Breege credits with her determination - “My parents Sean and Maureen, I think they put a notable part of their determination into all of us, instilled in us to keep going, to have that determination to try to do your best.”

As for plans for future marathons, Breege’s immediate plans involve a break from the demanding 26.2 mile distance but she will be paying close attention to what other potential qualifiers are doing - “I’ll play that one by ear but I suppose it depends on how the other ladies get on.

“They can only take three girls to Rio and I suppose I am going to play it by ear. I’ve now done two marathons back to back as I jumped straight back into training after Dublin last October and I think I’d be better off taking a bit of a rest.

“I’d be keen to rest and recover before seeing what my plans are but marathons are tough on the body and I don’t believe I can do more than two a year.”