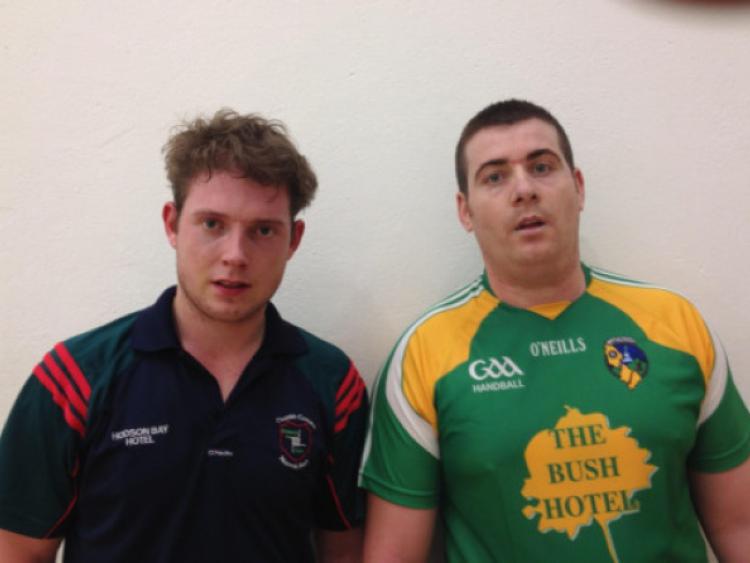 Leitrim had two handballers in action at the weekend playing in The Junior B and Junior C Championship. Roscommon provided the opposition with the games played in St Comans HC in Roscommon.

In Junior B Leo Logan came up against Brendan McDonough losing the first game 21-11, but took the second 21-18 to take the match to a tie break. The third game didn’t go to plan for Leo losing on a scoreline of 21-10.

In the Junior C match Barry McDonough took on Cathal McHugh but despite battling hard he was defeated in both games 21-12, 21-16. Next weekend the Junior Doubles Championship commences with Leo Logan teaming up with Jamie Murray in Junior B.

West Coast Challenge: Leitrim travelled to the Abbey Hotel Roscommon town last Saturday to take part in the West Coast Challenge. The men’s team got a very tough draw with Donegal, Sligo, Mayo and Roscommon in their group. They played really well in all games but unfortunately with no success.

Well done to the Leitrim ladies who got to the Final against Galway but unfortunately were beaten in the final. Well done to both teams, next up is the All Irelands in Ennis on the Saturday, February 14. Next county events is next Sunday in the Poor Scholar ballinamore with boards open at 5 pm with 6pm start looking forward to seeing ye all the Ladies and Men Leitrim county players there.

The new six week coaching term with Jamie starts back on Wednesday February 4. Ages 4 upwards and all levels catered for. Www.jsta.ieunder Carrick coaching to book places.