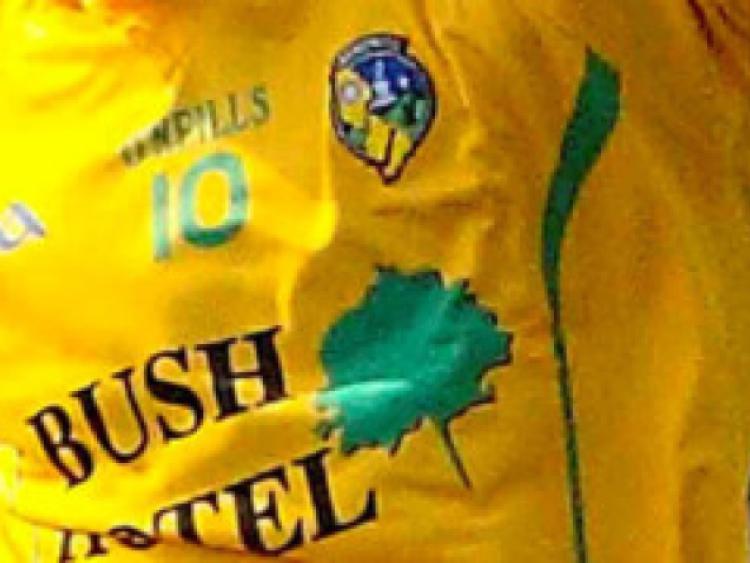 The presentation may have taken place last Monday in Mohill but the fact that St. Manchan’s captain Darragh Gordon was presented with the Minor League 15-a-side Cup without a ball being kicked has left many questions being asked around the county.

The presentation may have taken place last Monday in Mohill but the fact that St. Manchan’s captain Darragh Gordon was presented with the Minor League 15-a-side Cup without a ball being kicked has left many questions being asked around the county.

The Final was originally fixed for last Friday but Leitrim GAA County Board issued an amended fixture list at 8.29 last Wedneday detailing that the fixture had been refixed for tonight (Wednesday, May 1) following an appeal from Ballinamore Sean O’Heslin’s for an postponement.

An irate Mohill informed the Competition Control Committee that they would be unable to play on Wednesday due to the unavailability of one of their mentors and, as outlined in the CCC Match Regulations, only the club who did not seek the postponement would have a say in the refixture.

St. Manchan’s officials opted for Monday but the story took another twist when O’Heslin’s said they would be unable to fulfill the fixture and conceded the game, leaving the St. Manchan’s players to collect the Cup on Monday evening.

Ballinamore Sean O’Heslin’s Club Chairman Michael Quinn insisted that the club’s decision to concede the final was motivated only by a lack of players - “We simply hadn’t got enough players, there wasn’t a hope of us being able to field, our reasons for not playing are genuine. We had 18 players starting off the year when we decided to play 15-a-side football, to give our players the best opportunity to play football.

“We are disappointed for the players that they are not going to get the chance to play in the final but I understand Mohill’s position too. Monday was the first time we’ve both spoken to each other and before that, none of us knew each other position. I explained our situation to the Mohill Chairman, he wasn’t happy that they weren’t notified that the game was called off last Friday and I can understand their position.”

Asked if O’Heslin’s would object to the award of the game to St. Manchan’s, Michael said “Is it going to be any better for us in a week’s time? If we did object and the match was refixed, it would just be a mess for us to come and say that we couldn’t field in a week’s time.”

Coiste na nOg Chairman Terence Boyle, who presented the Cup, told the Observer on Monday “This is a very disappointing outcome, we want games. We are in the job of promoting games at underage level and we don’t like to see a cup handed over without a game but unfortunately Ballinamore found themselves in a position where they were unable to field on two separate evenings and we had to go ahead.

“There are no winners, it’s unfortunate for the Mohill players, even a lot of the Ballinamore players they wanted to play but unfortunately they found themselves in a position where they aren’t able to at the present time. Hopefully we can all learn from this and there will be no repeat.”

Yet there was still a great deal of annoyance in the Mohill club with Chairman Padraig McLoughlin insisting that the club would seek the resignation of Secretary Diarmuid Sweeney over the incident. Padraig, who revealed that St. Manchan’s offered to play 13-a-side, made reference to a three day rule which he claimed was not followed but an examination of the Leitrim CCC Match Regulations found no reference to such a rule.

While St Manchan’s are aggrieved with the game being called off not once, but twice, what they are particularly unhappy about is the lack of dialogue that occurred throughout this saga.

Stressing that a presentation without a final being played was not what Mohill wanted, Padraig explained that, “We’re all adults and we’re able to take these things on the chin but we’re dealing with lads as young as 14 and they think this is the way its being dealt with. It’s very hard to explain to youngsters.”

Padraig insisted St. Manchan’s would be seeking the resignation of the Secretary - “The manner in which the County Board are doing fixtures it’s very hard to understand and we intend to bring this whole situation further. This morning (Monday) I was talking with Joe Flynn and I said we were going to look for Diarmuid Sweeney to step down because we think it’s so serious.

“To tell you the truth, even in this room among the executive, we were going to say to Terence to hang on to the cup but we asked the lads what they wanted to do and they felt there wasn’t enough grounds for Ballinamore cancelling the game because they know some of the Ballinamore players personally as well.

“There are no winners, the lads wanted to play the final and if you win you do your rally around the town but we can’t do that this evening.”