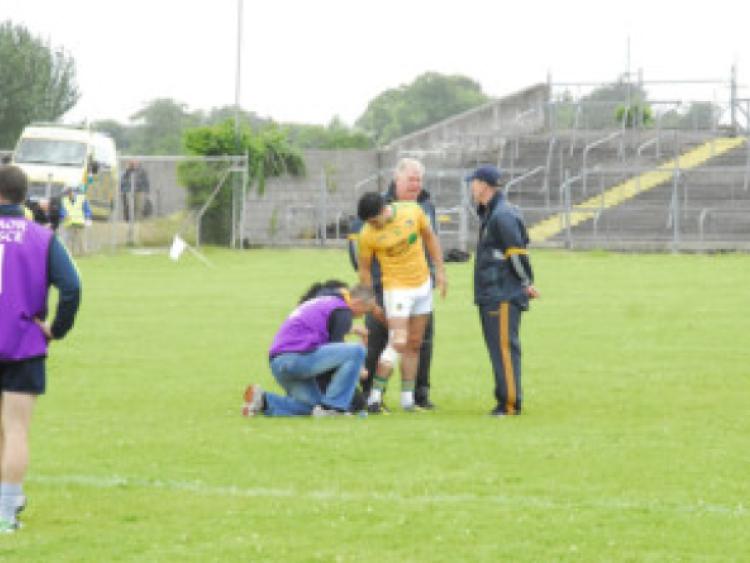 Picking up the pieces after the disappointment of the loss to London is one of the toughest tasks facing Leitrim ahead of next Saturday’s Qualifier.

Picking up the pieces after the disappointment of the loss to London is one of the toughest tasks facing Leitrim ahead of next Saturday’s Qualifier.

After a year that promised so much when Leitrim claimed the FBD League title last January, the task of picking up the pieces after the loss to London is a mamoth task for the Leitrim management.

And joint manager Brian Breen admits that picking himself and George Dugdale has been just as difficult - “Of course it was very hard trying to pick ourselves up after losing, not so much to London, but losing a Connacht Semi-Final.”

George Dudale admitted in Hyde Park that the thoughts of next Saturday’s Qualifers had never entered his head but the task of picking up the shattered pieces of Leitrim’s dreams started quite quickly.

“It was quite hard to pick ourselves up but definitely since last Wednesday when we went back training, we have started back,” said Breen.

“We talked about the London game at training that night, we let the players talk about it among themselves and we had two good sessions on Friday and Sunday morning, worked very hard and I think we started to come around but the injury situation is an issue for us.”

The injury situation is a major worry for Breen & Dugdale, let alone the prospect of facing an Armagh team who have got themselves back on track after their Ulster loss to Cavan - something which Brian sees parallels to Leitrim.

“Armagh are a tough outfit and no more than ourselves against London, they let themselves down against Cavan but they’ve had longer than us to get their act together and I think they’re back on track now.”

Most managers talk of putting in a performance without trying to predict a win for their team but Breen manages to do both when asked for his targets for next Saturday - “Hopefully, we can put in a good performance and if we can lift ourselves, there is no reason why we can’t get a win out of it.”