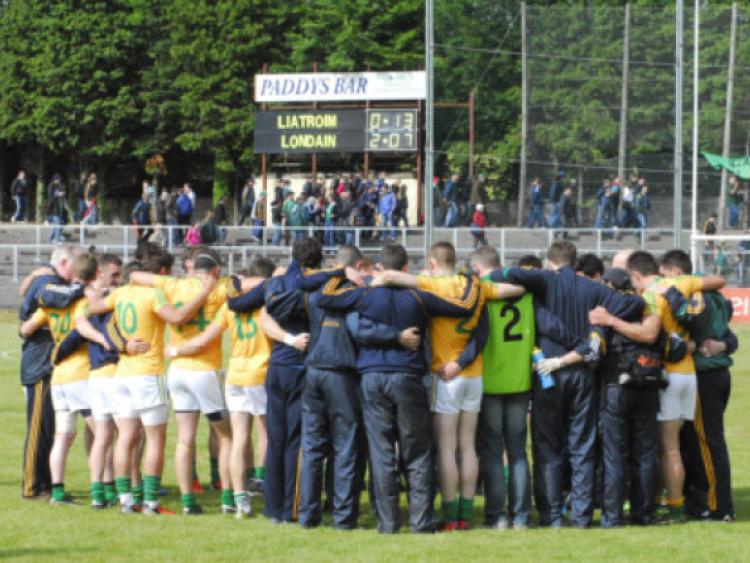 A daunting task against Armagh lies in wait next Saturday but for Leitrim footballers, it is also the chance to gain redemption.

A daunting task against Armagh lies in wait next Saturday but for Leitrim footballers, it is also the chance to gain redemption.

The All-Ireland Football Qualifiers come to Pairc Sean Mac Diarmada next Saturday, July 13, with a 5 pm throw-in and daunting opponents in a rejuvenated Armagh.

But for a demoralised Leitrim, Saturday’s encounter offers the chance to set the record straight after the trauma of the Hyde Park loss to London just over a week ago.

Armagh are far from the easiest opposition to be facing but the Qualifiers have already thrown up a few anomilies. Nearly the entire country, including Roscommon supporters, expected a hammering from Tyrone last Saturday.

And nobody would have given Waterford a snowball’s chance in hell of doing anything against Galway in Pearse Stadium.

Yet both Roscommon and Waterford came very close to pulling off enormous shocks last weekend and Leitrim can derive some inspiration from those performances.

The task for joint managers Brian Breen and George Dugdale is to pick up their players once more, to reinvigorate the team and instill in them the desire and fire to deliver a performance worthy of the efforts they have made in training this past year.

Confidence will, no doubt, be the biggest issue because the aim was the Connacht Final all year - the aim of reaching a first provincial decider in 13 years has been yanked away and over-coming that disappointment and refocusing is no easy task.

Emphasising the positives is not an easy task for the over-riding emotion after Hyde Park was of a lost opportunity but Leitrim showed that when they threw off the shackles and attacked London, they are more than capable of upsetting any team.

Armagh will not relish the trip to Pairc Sean on Saturday, not because they won’t expect to win but precisely because they are expected to account for a demoralised Leitrim with some ease and no team likes being set up for a fall.

Leitrim suffered an horrendous beating from Mayo last year and still bounced back to record a first ever win in the Qualifiers - this year, the situation is very different with all the upset and controversy that has swirled around the county senior team in recent weeks. But does anyone doubt that this Leitrim team won’t fight to the bitter end?

The odds are it won’t be enough but Leitrim have nothing to lose and absolutely everything to gain. If they can play with the same spirit they displayed in the second half in Hyde Park, who knows what might happen?