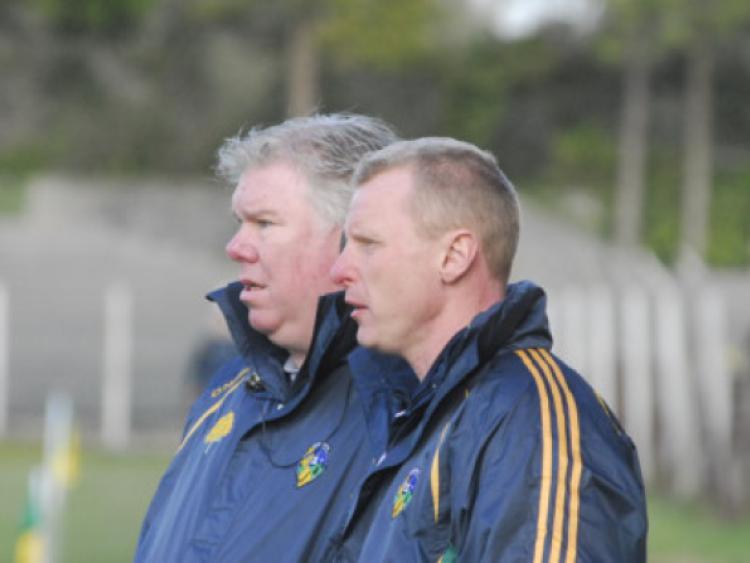 I’d like to wish Sean Hagan every success in his role as the new Leitrim manager.

I’d like to wish Sean Hagan every success in his role as the new Leitrim manager.

I don’t know Sean but from speaking with the Kiltubrid lads during his successful term, there they held him in very high regard.

His success with that club was outstanding and while he had a formidable squad of players at his disposal, there’s no doubt he got the best out of them.

Sean has a big task ahead of him – the same as every other inter-county manager in the country - and the work will begin immediately.

He has been appointed for one year, a time frame that is much too short for any manager, but I’m sure both Sean and the county board are looking at extending that term on foot of a successful first year.

Personally, I’d like to have seen a longer term put in place for whoever was given the job giving everyone involved – from the manager to the players, the supporters and the county board – a greater sense of stability and a solid declaration of building towards the future.

Sean has already stated that getting promotion from Division 4 will be a key goal for that year, and it’s good to hear him talking about focusing on the league.

Unless we build up a habit of winning at that level, all we can ever hope for is the occasional ambush win in the championship.

Everyone in the county wants to see Leitrim winning another Connacht title and that is a realistic aspiration – once the correct foundations have been built over a number of successful league campaigns that would see us gain promotion and then become competitive in Division 3.

Sean won an O’Byrne Cup medal with his native Longford back in 2000, and has previously served his county as a selector under Denis Connerton.

As well as his success in Leitrim with Kilturbrid and also won a senior football championship with his native Dromard (much to the delight of Melvin Gaels chairperson and Dromard native Dessie Sheridan).

I’d like to personally thank George and Barney for their outstanding efforts over the past few seasons.

The fact that they put their names forward again – considering some of the disgraceful abuse they were subjected to – shows just how much Leitrim football means to the lads.

They owe the county nothing; we owe them a debt of gratitude, and as far as I am concerned, an apology for the unacceptable treatment they were subjected to, albeit by a sad minority.

The fact that some people still believe that the management was to blame for the way last season panned out reminds me of the kind of logic espoused by the NRA in America when they claim that the only way to end gun deaths is to arm everyone!

Finally, congratulations to my former Leitrim team mate, Aidan Rooney, who has been named the new Sligo minor manager.

Aidan’s son Nathan is one of the stars of the team, while I’m proud to say my nephew Darren O’Hara is another leading light on the side. Here’s wishing you the very best of luck, except when you play Leitrim of course.