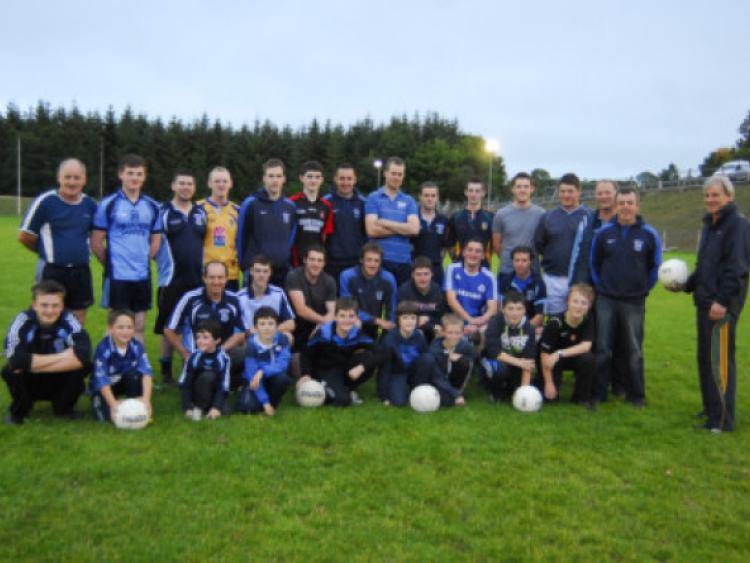 Eslin are relishing the role of underdogs for next Saturday’s GWP Intermediate Championship Final according to long serving Padraig McNulty.

Eslin are relishing the role of underdogs for next Saturday’s GWP Intermediate Championship Final according to long serving Padraig McNulty.

The Eslin stalwart played in the 1995 Intermediate Final, also against a second team in St. Mary’s, but Padraig is relishing the chance to take on Glencar/Manorhamilton.

Asked if he was looking forward to the final, Padraig said “Can’t wait, it is a two horse race at this stage, there are only two teams that can win it and we’re one of the them.

And Padraig believes that it will be desire and hunger that decides Saturday’s Final in Ballinamore - “It will come down to whichever team wants it the most, whoever is the hungriest team and the fact that they have all those medals in their pocket, they mightn’t just be as hungry as we are. We’d be hoping that would get us across the line.”

Glencar/Manor’s team might be laden with Senior championship medals but for Eslin, reaching the Final is already a massive achievement - “Earlier on in the year, we were always fighting for numbers and no matter what people say, it is a great achievement for Eslin to get to a Final because we’re just fighting with emigration, fighting with work commitments and fighting with injuries all year. It has been a battle all year to put out the 15 and get results.”

Yet just because they don’t have numbers, don’t mistake that for a lack of ambition as Padraig explains “It was kind of a running joke with Eslin there, win Junior, go up to Intermediate, go straight back down and win the Junior again, happy enough to win Junior.

“There a couple of years ago, we were trying to win Junior, we won it and the way the format changed, we didn’t go up so we put two Juniors back to back. We went up to Intermediate and we stayed up since.

“I was a good few years myself trying to get up to Intermediate so if we got to Senior, take that step and go up to the Senior championship, it would be something else,” concluded Padraig.