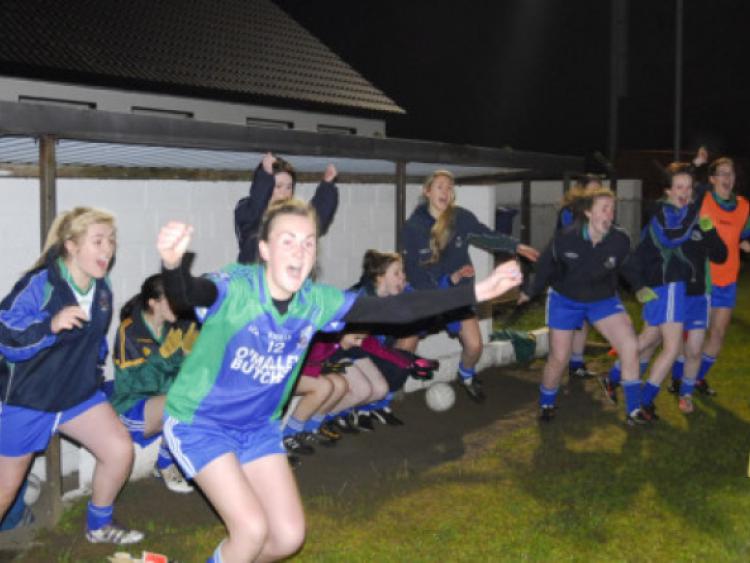 An intriguing Leitrim Ladies Senior Final St. Joseph’s put their title on the line against an Aughawillan team seeking to regain lost glories.

An intriguing Leitrim Ladies Senior Final St. Joseph’s put their title on the line against an Aughawillan team seeking to regain lost glories.

Saturday’s Final in Pairc Sean Mac Diarmada, which unfortunately clashes with an equally intriguing Men’s Intermediate Final in Ballinamore, poses a unique challenge for both teams, not least the two Cavan players involved with both teams.

Aughawillan’s Grainne McGlade and St. Joseph’s Ciara Grey are both members with the Cavan team that contest the All-Ireland Intermediate Final on Sunday week while St. Francis’ Ailish Cornyn is another starter.

Reports suggest that Grey, a key figure for St. Joseph’s, will miss Saturday’s Final and the All-Ireland due to a severe injury and the Cavan management may not be too keen on the idea of McGlade, their starting full-back, risking injury ahead of their Croke Park date.

Aughawillan, seeking to regain the title for the first time since 2009, may go into the game as slight favourites due to their 2-7 to 0-8 victory over St. Joseph’s in the group stages and they have stormed through the remainder of the competition with ease.

They recorded a facile 4-20 to 0-5 win over St. Mary’s before seeing off Kiltubrid in the semi-finals by 2-8 to 1-3 and they still possess a lot of former County stars with experience in every sector of the park.

But they will be wary of the champions who have shown signs of finding form at just the right time - St. Joseph’s recovered from their first round loss to Aughawillan by trouncing Mohill while they came through a stiff test last weekend against former champions Dromahair, winning 3-11 to 2-7 last Saturday.

That feat was made all the more remarkable by the fact that their second string team also won their way to the Junior Championship Final when they easily accounted for Glencar/Manor’s second string outfit and despite the loss of the influential Grey, there is a lot of young burgeoning talent in their ranks.

Aughawillan will feel desperately unlucky over the past few years as they have lost narrowly in several semi-finals to the team that has gone on to claim the title but St. Joseph’s, who missed out on representing Leitrim in last year’s Connacht Championship, feel they have a point to prove.

This one really could go down to the wire - form would suggest that Aughawillan are slight favourites but the momentum St. Joseph’s are building is very impressive. A draw is not out of the question!