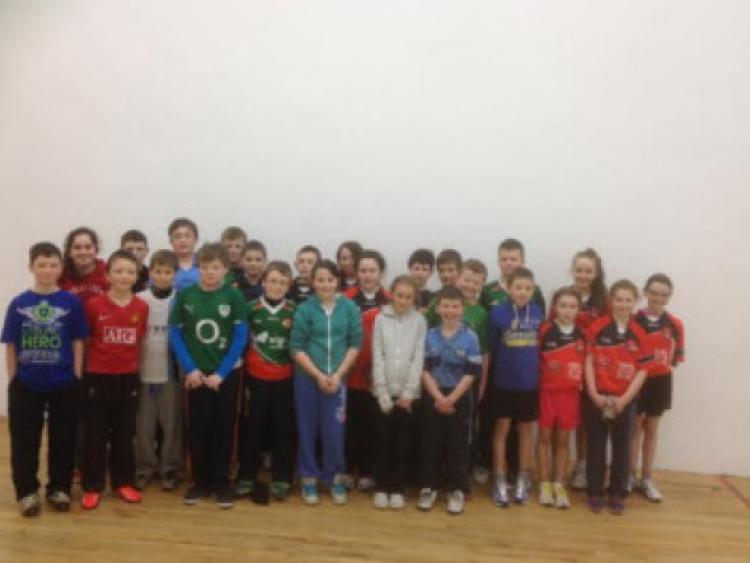 St Patricks Drumshanbo took U11 grades in Boys and Girls Singles and Boys Doubles while St Caillins Fenagh took Boys U13 Singles and Doubles, and had byes in Girls U11 Doubles, Girls U13 Singles and Doubles. In Girls U11 Edel O’Donnell (Drumshanbo) defeated Roisin Bohan (Mohill) in the semi-final and Caoimhe McDermott (Fenagh) in the final.The Boys U11 Doubles was won by Ronan Moran and Conor Flood (Drumshanbo) who defeated Danial McLoughlin and Ryan Smith (Fenagh) in the final. In the Boys U11 semi-final Danny McWeeney (Drumcong) defeated Sean Kelly (Fenagh), but he lost out to Ciaran McMorrow (Drumshanbo) in the final. The Boys U13 Semi-Final between Evan Foley (Drumshsnbo) and Barry McWeeney (Drumcong) went to a tie break with Evan Foley winning by a single ace. He lost out to Cormac Scollan (Fenagh) in the final. In the Boys U13 Doubles Semi-Final Fergal and Emmet Moran (Drumshanbo) defeated Sean McNabola and Aidan McCormack (Drumcong). They lost out in the final to Fergal McLoughlin and James Wrynn (Fenagh). The St Caillins NS girls who had byes were Saoirse Redican and Sarah Rowley (U13 Doubles), Leah Smith (U13), and Emma Honeyman and Sarah Wrynn (U13 Doubles). The Connacht Finals take place this week-end in Salthill Co. Galway. A special word of thanks to Martin, Leo and Joanne Logan and Mary Shanley of Drumshanbo HC for the efficient manner in which the large number of games were played off.

In other handball action Drumshanbo’s Martin Raftery lost out to Mayo’s Ciaran Burke in the Connacht 40x20 Junior Semi-Final.