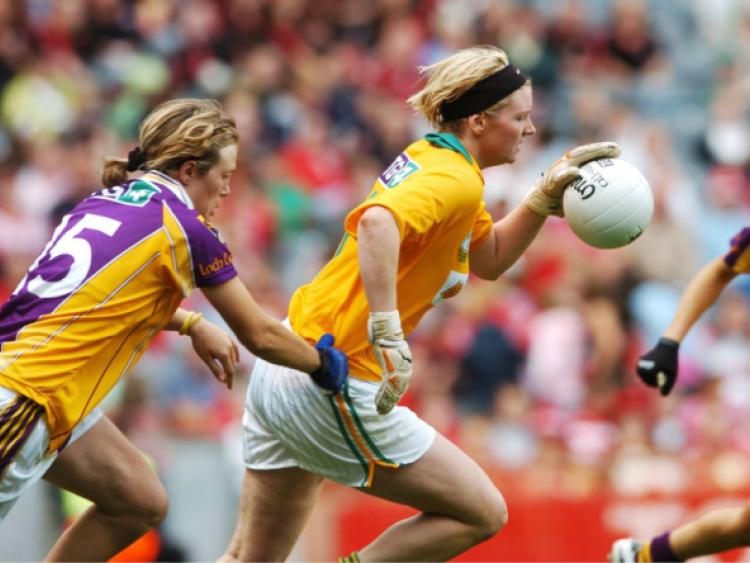 Dowra’s Louise Loughlin was part of the Irish Womens Aussie Rules squad that relinquished their International Cup title in Melbourne on Saturday last.

Dowra’s Louise Loughlin was part of the Irish Womens Aussie Rules squad that relinquished their International Cup title in Melbourne on Saturday last.

Loughlin was just one of two Westerners on the squad, along with Galway’s Emma Treanor, as the reigning champions lost to the Canada Northern Lights by 38-12.

Ireland were undefeated going into the final, with wins over Fiji, Tonga, USA Liberty and Canada M Suns over the two-week tournament.

Loughlin was thrilled to be involved, despite the relative inexperience of the current Irish squad.

“This year, a lot of the girls were pretty new to the oval ball, but over the course of the first week, the girls picked up the skill pretty easily. We had about seven players with experience in playing in the last competition.

“The Irish Banshees are a great bunch of girls, and it is an honour playing with top quality players, from a mainly GAA background and some playing AFL here in Australia.”

Loughlin says the squad knew nothing would come easy - “From the off, we knew that USA and Canada would be the toughest games. This years draw meant that we didn’t get to play our main rivals Canada until the final last Saturday. They were well organised and had made it their goal since the last tournament to really develop aFL in Canada and come back to the IC14 to win.”

While Ireland impressed on the way to the final, Loughlin concedes she was disappointed with her own personal contribution.

“Personally I was disappointed with my performance in the tournament, due to injury. But when you are playing in your country colours, it is a real pride and honour, and you try to do as best you can, for the team and management.

“The coaching staff have been great and set us up well for the final, but unfortunately, Canada seemed better structured for the win.

“We were really disappointed with our Final performance, but have to hand it to Canada - the better team won on the day. Going forward for Ireland its important to get more women involved in the ARFLI (Australian Rules Football League of Ireland) or with a team in Australia.

“They are always looking for new players to join in, and I highly recommend it for a social sport, with great opportunities for playing for your country at International level, with the Europcup being held every year and the International Cup in Australia every three years.

“It is a really special experience to play AFL with the talented Irish Banshees and although we didn’t win it this time, it has certainly made the team more confident and determined for the development of the team in time for the next IC.”