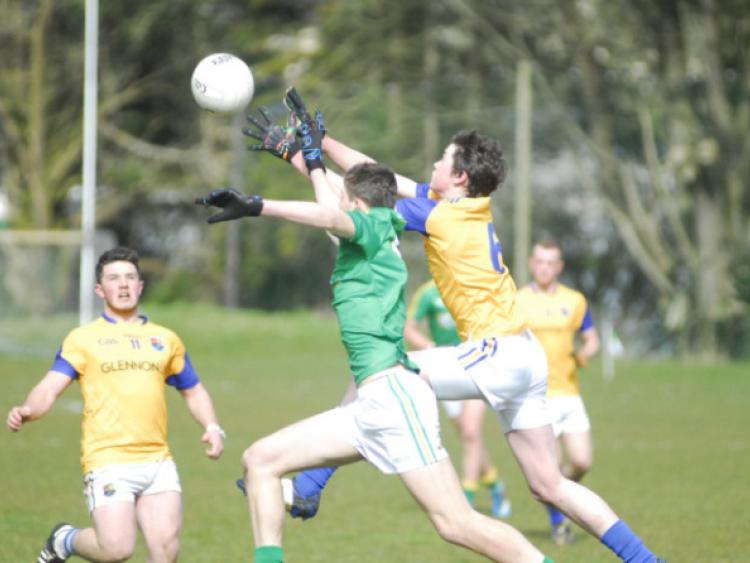 Leitrim seemed destined for a surprise defeat in their third game against Longford but an injury time free from Allen Gaels man McTigue, two minutes into elapsed time, gave Leitrim the victory by the narrowest of margins.

Leitrim lie second in table on points difference behind Mayo who they meet next Saturday in Ballaghaderreen. Both Sligo and Roscommon are also on four points but the Rossies, who defeated Sligo last weekend, have played a game extra.

Mayo have a scoring difference of plus 28 with Leitrim on plus ten, Sligo plus one and Roscommon on minus ten. Sligo, managed by former Leitrim great Aidan Rooney, meet Longford before meeting Mayo in their last game while Leitrim take on a Galway team who suffered a heavy defeat to Mayo last weekend.

Leitrim made just one change from the Roscommon game, bringing in David Bruen at full-back The first half was a close affair but Leitrim went five to three up only for Longford to get a goal after 18 minutes. Leitrim finished the half strongly and added 1-1 to go in at half time two points up on a score of 1-6 to 1-4.

Leitrim continued their good form at the start of second half with a point and a goal from Jack Heslin after a great move with Conor Cullen to move six points clear and looked to be in control but Longford hit back with a purple patch and hit a goal and a pointed free.

The impressive Jack Heslin hit back with a point but Longford continued to push and went two points clear with the game now in injury time but there was another twist as Leitrim were awarded a free in the 32nd minute.

Alan McTigue stepped up to take the free kick and with almost all of the Longford team on the line he somehow found the net. The ball hit off a Longford player and bounced off the post and crossed the line giving Leitrim the victory.