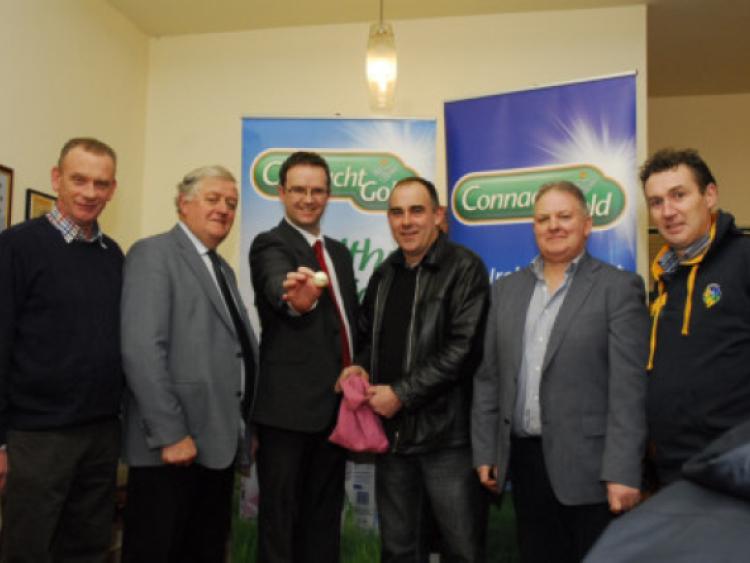 First of all, no group of death – the traditional group that stands out above all others in the 2013 Connacht Gold Senior Championship draw just isn’t there this year; instead last Tuesday’s draw in the Bush Hotel gave us an intriguing series of games that left everyone going home happy.

First of all, no group of death – the traditional group that stands out above all others in the 2013 Connacht Gold Senior Championship draw just isn’t there this year; instead last Tuesday’s draw in the Bush Hotel gave us an intriguing series of games that left everyone going home happy.

The Group of Death has been something that always pops up with three or more main contenders all shoe-horned into one group but we didn’t get that last Tuesday evening as every team will feel they have a genuine chance of making the quarter-finals.

Champions Melvin Gaels were were drawn against Carrigallen and Mohill teams they had faced in last year’s group with Kiltubrid the fourth team in the group. The draw was some comfort to the Gaels who, as Dessie Sheridan revealed on the night, have not only lost manager Billy Gavigan and Emlyn Mulligan but seven other players from their championship line-up of last year.

League champions and defeated finalists Glencar/Manorhamilton will be desperate to regain their title and they will be relatively happy to be facing Drumreilly, Allen Gaels and Annaduff while Group 1 consists of last year’s Intermediate Champions Gortletteragh, semi-finalists St. Mary’s Kiltoghert and Aughawillan and Bornacoola.

With an open draw at quarter-final and semi-final stage, predicting anything at this stage is almost impossible but you got the sense from Tuesday’s draw that all of the team sees something for themselves in the draw.

In the Glenfarne Wood Products Intermediate Championship draw, there was not quite a Group of Death but certainly a Group of Derbies as Group 2 features north Leitrim side Ballinaglera, Glencar/Manorhamilton’s second string, Glenfarne/Kiltyclogher and St. Patrick’s Dromahair.

With both Glenfarne and Dromahair at the business end of the championship last year, they will be favoured to advance but with all the games virtually derbies, it could be an unpredictible group.

Ballinamore Sean O’Heslin’s, contesting the Intermediate grade for the first time, will be relatively pleased with their draw facing neighbours Aughavas and Cloone as well as a dangerous Eslin who must be regarded as a very strong bet for success next year.

In the third group, last year’s Junior A Champions Leitrim Gaels face three first string teams in Drumkeerin, Aughnasheelin and Fenagh St. Caillin’s in what will be a major step up for them.

The Junior A Championship, sponsored next year by Pyramid Bookmakers, features no first string outfits for the first time in years and as such will be almost impossible to predict as nobody knows who they will have available for the competition.

The full draws and sequence of games as follows: