Two out of two as Leitrim look to final 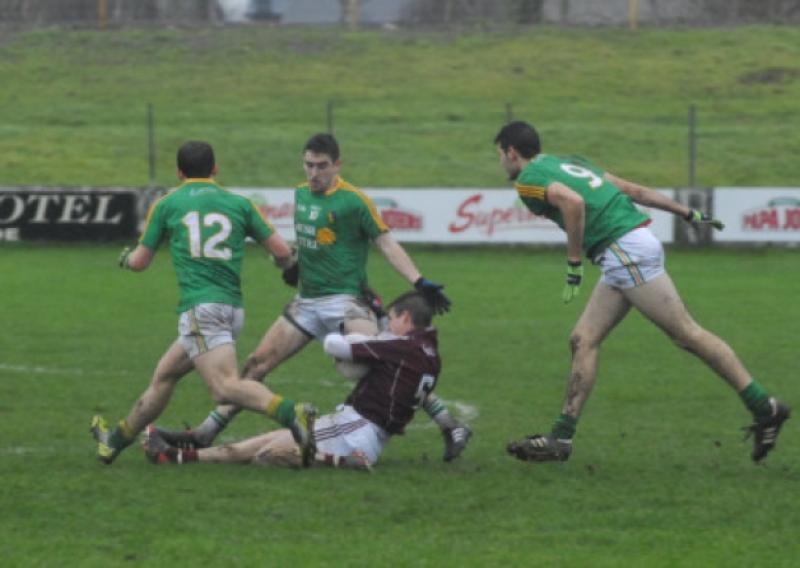 Delighted he may have been but manager Sean Hagan wasn’t giving much away when he spoke after last Sunday’s historic victory over Galway in Ballinasloe.

Delighted he may have been but manager Sean Hagan wasn’t giving much away when he spoke after last Sunday’s historic victory over Galway in Ballinasloe.

Clearly a man who keeps his thoughts to himself and the dressing room, Sean told the Observer he was delighted with the victory over the Tribesmen and the character his team displayed.

“We’re very happy, it is all about getting the squad together,” said Sean, “There is great belief and strength in depth in the squad and it was the squad effort here today that won the game for us.

“There is lots of competition for places on the team and any guy that gets in there is making a big difference and that is the way it transpired today. We’re just delighted with the overall picture, our fitness levels aren’t where they should be yet so we’re still developing the squad and the team so it is a tremendous result when you take all of that into consideration.”

The Longford native revealed that Leitrim’s players had spoken of the need to stand up and be counted when the pressure went on against Galway - “That is what we spoke about, it would have been very easy to cave in after getting the sucker punch of a goal like that and I think it came against the run of play in my opinion as well.

Sean said he is very pleased with the response from the players since he took over but would not look too far ahead as regards the FBD Final - “The whole thing is on the training field and there is a great spirit on the training field. As Christy spoke earlier in the week at training, all club footballers want to play for their county team which is a tremendous position for any team to be in.

“We’ll analyse this game on their own merits and we’ll look forward to playing Sligo from next Wednesday night on. Everything is geared towards the national league, these games will show us what type of characters we have.

“I think one of the guys you mentioned, Gerry Hickey, played out of his position there today and I think he was tremendous.

“Our philosophy is to get our best players on the field regardless of what position you are in. The way the modern game has gone, if you are on the field, you have a part to play.”