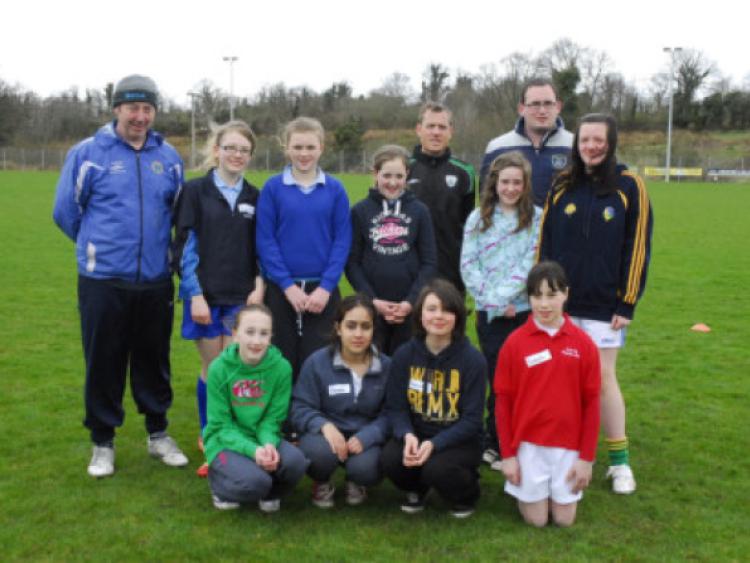 On April 23-24, over 170 students from ten Leitrim and Fermanagh schools descended on Leitrim village for two fun filled sports days.

On April 23-24, over 170 students from ten Leitrim and Fermanagh schools descended on Leitrim village for two fun filled sports days.

The schools are part of the International Fund for Ireland and Leitrim County Council funded Goal for Peace Project which aims to integrate children from protestant and catholic backgrounds through the medium of sport. Over the course of the two days the children rotated through various on the field activities designed to encourage teamwork.

This was the first Goal for Peace group event of 2013 and follows on from the work carried out during the paired coaching sessions which recommenced in January. Each school on the project is paired with a partner school and they meet regularly to take part in team building games and coaching sessions led by Leitrim Community Soccer Development officer Damon Kearney.

The Goal for Peace project is currently in its third year and since the inception of the project the schools have taken part in 88 paired coaching sessions and ten group events. In addition to the sports events the schools have been on Goal for Peace organised trips to Strokestown Park House, the Irish Famine Museum, Ulster American Folk Park and Zipit Forest Adventures.

“The project has given children from differing backgrounds the opportunity to mix with fellow students in enjoyable environments. Additionally the project has helped the schools form sustainable relationships that will mutually benefit their students, for example four of the schools on the project plan on going on joint school tours this year. We are delighted with the progress the project has made to date and hope to continue to build upon the positive relationships formed thus far” said Goal for Peace project coordinator Gordon Burke.