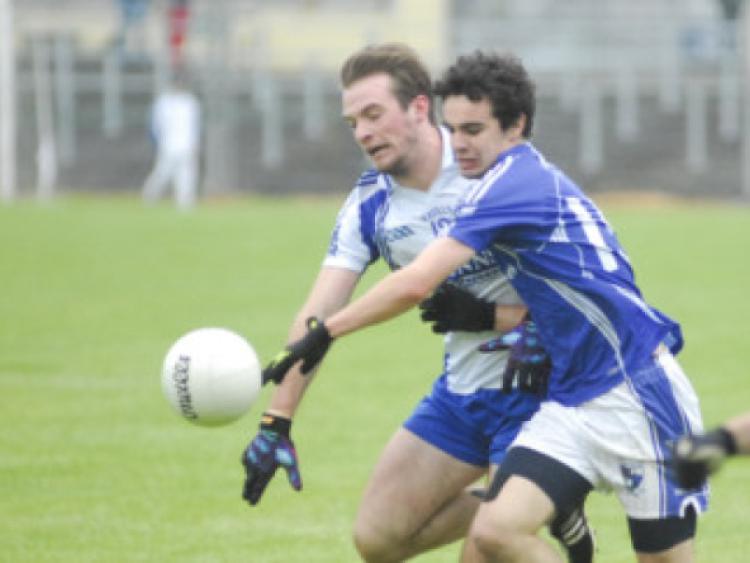 Kiltoghert Gaels cruised to a victory every bit as comprehensive as the scoreline against an outmatched Greagh Gaels in Kiltubrid.

Kiltoghert Gaels cruised to a victory every bit as comprehensive as the scoreline against an outmatched Greagh Gaels in Kiltubrid.

As hard as it is to believe, there was only a point between the teams midway through the first quarter but the greater strength in depth of the St. Mary’s and Leitrim Gaels amalgamation saw them sweep the Aughavas, Cloone & Fenagh men aside.

The opening exchanges were tit for tat with Daire Farrell, Colm O’Reilly (3), Aidan Flynn & Jack De Lacy on the mark for Kiltoghert while Donal Wrynne (3), Richard Heaney and Shane Doonan were on target for Greagh.

But from then on, Kiltoghert took over with four unanswered points before the break from Daire Farrell (2) & Colm O’Reilly (2) to leave the halftime score at 0-10 to 0-5 in favour of Kiltoghert Gaels.

The second half took a long time to get going with Colm O’Reilly putting over a free before Paul Bohan got a second yellow card for an off-the-ball clash with Daire Farrell that led to a melee.

Greagh Gaels had no answer to Kiltoghert’s running and strength and the points flowed from Conor Farrell (2), Ciaran McCarthy, O’Reilly, Aaron McLoughlin, Daire Farrell and Aidan Flynn (2) to put the seal on a facile win.