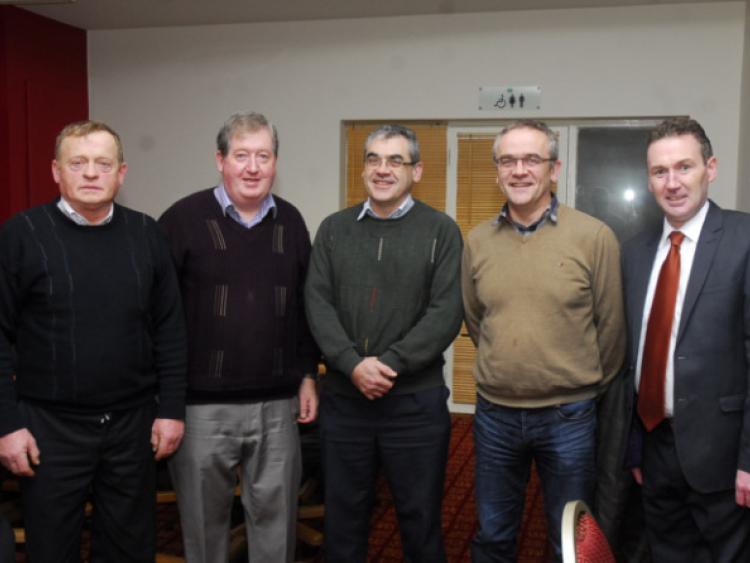 A fairly low-key Convention ended with a tinge of discord after newly elected Connacht Council delegate Jim Meehan said that aspects of the project at the Centre of Excellence had been “dealt with badly”.

A fairly low-key Convention ended with a tinge of discord after newly elected Connacht Council delegate Jim Meehan said that aspects of the project at the Centre of Excellence had been “dealt with badly”.

Chairman Joe Flynn revealed in his speech that Croke Park had approved funding to bring the Centre in Annaduff to completion.

Drumreilly delegate Sean Maxwell paid tribute to the work of Joe Flynn and the County Board in bringing the project to completion and was particularly pleased that the Clubs would not be levied.

However, Allen Gaels Sean Wynne asked if the Board could make a detailed statement regarding the removal of rock from the site in Annaduff as there was a lot of rumours around the place and that a statement would clear the air.

That led to Jim Meehan declaring that the Board needed “a little more transparency as the clubs of this county had produced a quarter of a million euro to this project, not directly but they gave up a grant from Croke Park.”

Mr Meehan recalled that in April May 2008, a decision was taken to pay Jons, who were working on the Dromod bypass at the time, to take out the rock at cost. Mr Meehan claimed that a local farmer had been paid a euro a tonne by Jons for the rock and that there was anything up to a half a million tonnes of rock on the site and “we paid to have our biggest asset taken away.”

The Dromahair clubman said he was not pointing fingers at the Chairman but that certain officers “had taken it upon themselves to pay Jons to take out a huge amount.”

Mr Flynn said this issue had been accounted for and dealt with over the years and he would not want any disharmony over the matter, adding that he was not prepared to take out huge loans that would have crippled the Board’s finances or lead to a levy being imposed on clubs.

Former Chairman Gerry McGovern said that what Mr Meehan referred to occurred on his watch and “nobody did anything on solo runs”. Gerry said that unless the rock was removed, they would only have space for one full-sized pitch and one training ground and they had got two full-sized pitches as a result.

Sean Wynne said that the matter should have come up for ratification by clubs as when there is a problem, the club have to pay for it.

Joe Flynn concluded the debate by saying that “If there has to be a clarification, there will be. We now have two pitches and an extensive training area.”