Wind of change as new faces see off old guard 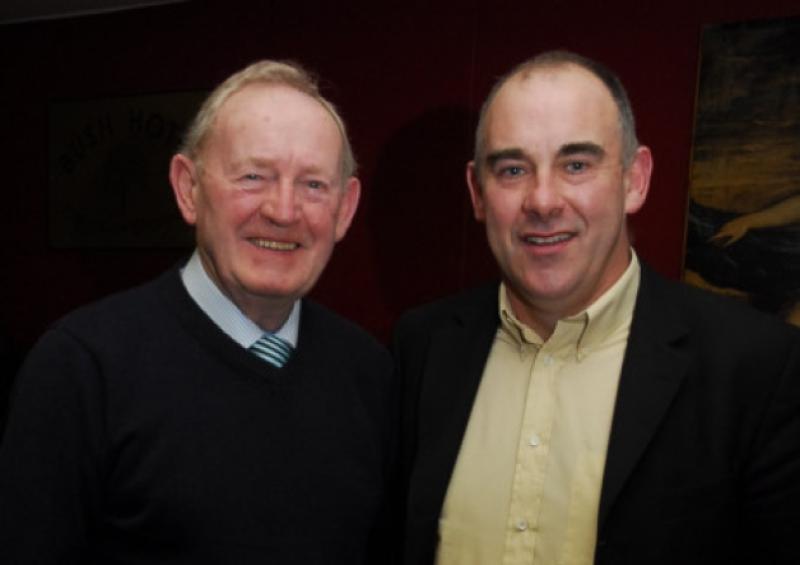 The winds of change swept through the Leitrim GAA County Board on Monday night with six new officers elected to the Executive.

The winds of change swept through the Leitrim GAA County Board on Monday night with six new officers elected to the Executive.

In the big contests on the night in the Bush Hotel, St. Mary’s Kiltoghert’s Attracta O’Reilly saw off Fenagh St. Caillin’s Vincent O’Rourke to take over as Secretary from Diarmuid Sweeney while Cloone’s Enda Tiernan, Declan Bohan, Sean O’Suilleabhain and John Keenan all moved into new roles.

Outgoing officers did not fare so well with Diarmuid Sweeney losing out to John Keenan for the post of Assistant Secretary while outgoing Chairman Hubie Reynolds was beaten by both Jim Meehan and Enda Tiernan for the two positions as Connacht Council delegates.

Sean O’Suilleabhain of Ballinamore Sean O’Heslin’s defeated Sean McCartin of Aughavas to win the job of Vice-Chairman while Bornacoola’s Declan Bohan was elected unopposed as PRO after Glencar/Manorhamilton’s Barbara Byrne withdrew from the contest.

The other big news from the Convention was that Leitrim recorded a small surplus for the second year in a row with an operating profit for the year of €32,907 despite income for the year actually dropping by almost €30,000.

Treasurer Brian Gordon revealed that the Board were currently paying off €5,400 a month on the term loan for the redevelopment of Pairc Sean Mac Diarmada and the debt that once stood at over €700,000 was now down to €408,000.

However, the Convention did end on a note of discord after newly elected Connacht Council delegate Jim Meehan criticised what he called “a lack of transparency” over issues involved with the Centre of Excellence in Annaduff.

• See inside for more coverage from last Monday’s Leitrim GAA County Board Convention.