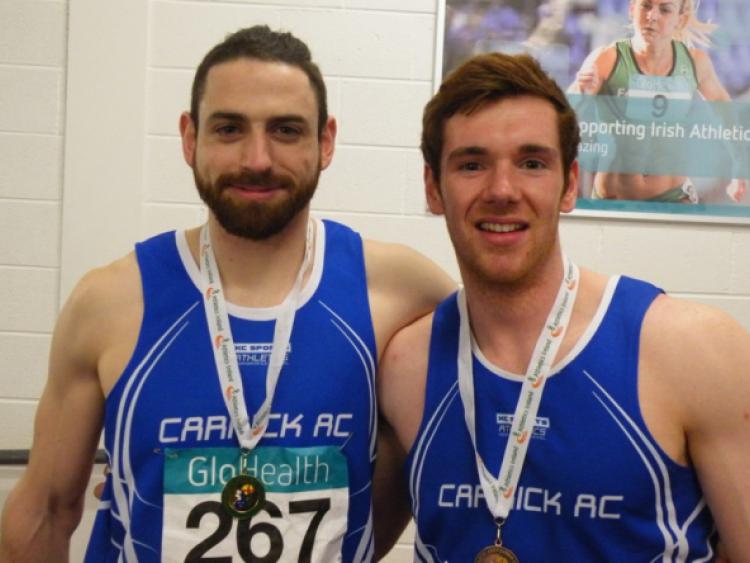 Carrick-on-Shannon’s Gerard O’Donnell will join some of the continent’s top athletes after his place on the Irish team for the European Indoor Athletics Championships in Prague was officially confirmed on Tuesday morning.

Carrick-on-Shannon’s Gerard O’Donnell will join some of the continent’s top athletes after his place on the Irish team for the European Indoor Athletics Championships in Prague was officially confirmed on Tuesday morning.

Gerard will line up for the heats of the 60m Hurdles in Prague after he won his first Senior 60m Hurdles title in Athlone last Sunday despite a major scare when he walloped the first two hurdles at the GloHealth Athletics Ireland Senior Indoor Championships.

Gerard was joined on the podium in Athlone by clubmate Eanna Madden from Mohill who finished third in the 200m in a season’s best of 22.04 after earlier finishing fifth in the 400m Final.

Looking back on the race, the Carrick AC athlete revealed that he was going for a fast time but the main aim was simply to get the title -“I just wanted to get out and run somewhere in and around my pb again and I think if I had got a clean race, I would have because I was feeling really good, feeling sharp even on the warm-up.

“It was just unfortunate that I hit a few hurdles but that happens. I got out ok but absolutely smashed the first two hurdles, did fairly well to stay on my feet after that. Just jumped over the third and got a bit of momentum back, just ran across the line, I just wanted to get the win though.

“It’d be a different story if I hit a load of hurdles and finished second or third, I wouldn’t be happy. At least I have the national title and I can look forward to Prague,” concluded Gerard.

• For more on Gerard and Eanna’s performances in Athlone, see page 72 of this week’s Leitrim Obsever.