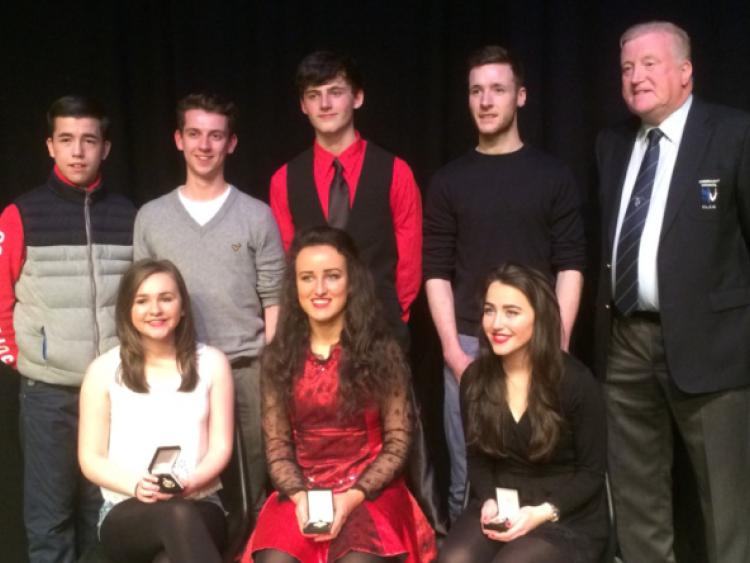 Despite a shaky start in events leading up to Connacht Senior Scór, Leitrim had great success in Tubbercurry on Saturday evening last.

Despite a shaky start in events leading up to Connacht Senior Scór, Leitrim had great success in Tubbercurry on Saturday evening last.

Leitrim’s Laura Crossan was Bean an Tí for the evening.

Glencar/Manorhamilton’s figure dancers were the first of the Leitrim competitors to take the stage and they got the evening off to the perfect start, securing the first title of the evening overcoming our neighbours from Roscommon.

Next up was our solo singer Paula Nic Tiarnáin who gave a beautiful version of ‘Is ar Éireann ní neosainn cé hí’. Unfortunately the title went to reigning champion Norrie Keane from Galway.

Bornacoola’s Aiden Dockery delivered a powerful recitation by Sean O’ Casey, accompanied by beautiful music by Dromahair’s Stephen McInerney. The performance secured him another Connacht title in the recitation competition.

The Drumkeerin instrumental group gave an uplifting performance in their section but unfortunately were pipped to the post by Sligo.

Sean O’Heslin’s were due to represent us in the Leiriu competition. Unfortunately in the lead up to the competition, there was some concerns about the content of their Leiriu. After a meeting with the Leitrim committee, it was decided they would not go forward to the Connacht final. Roscommon took home the title in this category.

Dromahair represented us in the ballad group competition and gave lovely renditions of ‘Bare Mayo’ and ‘Twa Corbies’ but the title went to St. Dominic’s of Roscommon.

Aughnasheelin’s Leona Reynolds represented Leitrim in the Sean Nós competition and was a unanimous winner with both the judges and the audience alike.

The last competition of the night was set dancing and Glencar Manorhamilton took to the stage again. Despite a strong, energetic performance, Galway took home the title to complete the evening with Leitrim winning three titles, Galway and Roscommon taking home two each and one title for Sligo.

Leitrim won the best overall county in Connacht and they were presented with the Cormac McGill cup by Ailbhe McGill.

Gerry McGovern gave a few words on the night in his new job as Cathaoirleach Coiste Scór Connachta.

The very best of luck to all our Leitrim competitors going forward to the All Ireland Finals in Citywest on April 25.