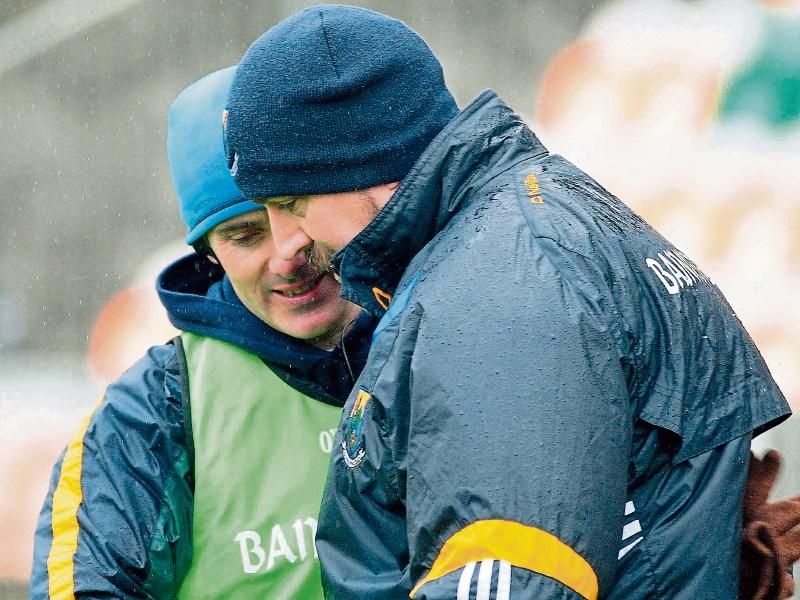 Managers are often a contrast in emotions but there was no mystery as to who was happy after the final whistle in Pairc Sean Mac Diarmada last Sunday.

Leitrim manager Shane Ward found it hard to explain exactly what happened his team during the first half against Wicklow - “Last week, we were comfortable playing into the breeze against Wexford and controlled the breeze very well and went in level at halftime.

“The transition from that to this week to not handling as well is a wee bit hard to understand but nonetheless, we worked well the second half, we just needed to create a few more chances and play with a bit more confidence to finish it off.

“I don’t know why they were standing off the first half, there was a bit of anxiousness there alright but we talked about it during the week, about controlling the game and seeing it out and in the first half, we just didn’t do that. We let Wicklow build and build and build to score seven or eight points on the bounce, there is no excuses for that.

“Ciaran Gilheany’s chance would have made a big difference and obviously, the goal came a bit late in the game but we put ourselves in that position and when you are four points down with time nearly up, it is just a massive ask at this level.

“We got the goal, I suppose we thought we might have got a draw but I suppose it reverts back to just our lack of intensity in the first half and we had to get our match-ups right.

“We took our positives from last week, we were relatively happy and we worked on what we weren’t so happy with, as we usually do, we just didn’t bring it today for whatever reason. It was a game of two halves certainly and Wicklow got just one score in the second half.

“The breeze was extremely strong and ball handling skills were at the utmost, they were the most important and we gave away a lot of balls ourselves, mis-handling the ball, mis-timing the tackle, basic errors which we would be coaching against.”

“We worked very hard, it was always going to be difficult in those conditions, the second weekend players have gone out playing against a gale force wind. It leaves a lot to be desired for players to be going out and playing in those conditions. My feeling is that the League should be pushed back to the end of February.

The former Dublin player admitted his team had done their homework on Leitrim - “We felt that if we pushed up on their kickout, we’d turn them over, get the ball and work it in and play the percentages really and that is what is was. We had our homework done on Leitrim.

“The way the game has gone, particularly Division 1, you don’t know what you are going to come up against, 12,13 men behind the ball. We tell the lads to try and play football and pick the best pass. The lads are good footballers and it is great that they were able to read that themselves as well as keeping their structure and exploit it as well.

“Division 4 is horses for courses, if you lose the first game or two, you are under pressure so do you be cautious or do you try and kick on. We’re trying to educate the lads, getting them playing good football and play the percentages.”