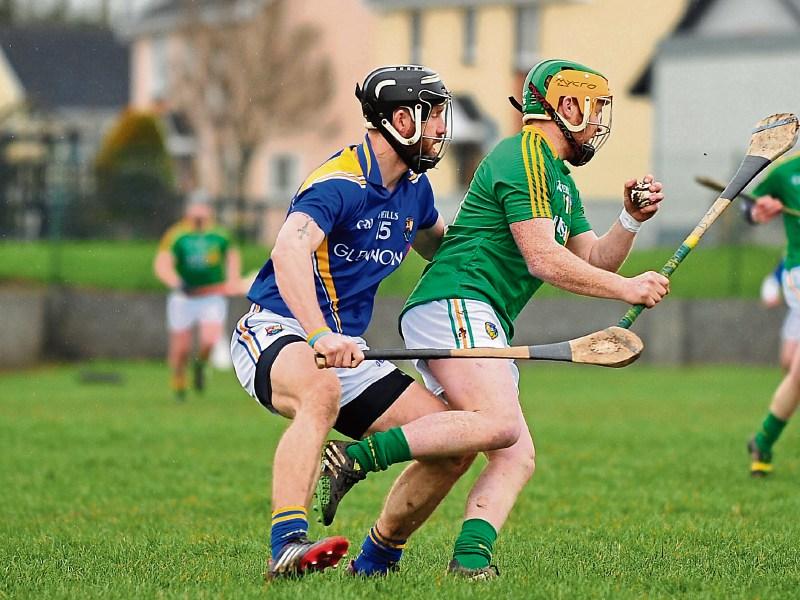 Two goals from Longford’s Cathal Mullane helped his team to a comfortable eight point victory over Leitrim at Newtowncashel yesterday.

The defeat is a set-back for Leitrim as they had gone into the game full of confidence after their recent Connacht League triumph but they have a chance to get right back in contention next Sunday when they take on Sligo at home.

The Midlanders set down the marker straight from the opening whistle with Johnny Casey firing over an excellent long range effort with just ten seconds gone on the stop watch.

Longford continued to dictate the exchanges and a brace of points from Joe O’Brien and a fine long range effort from Cathal Mullane gave them the early advantage in this entertaining encounter.

The host should have double their lead in the 17th minute after a shot superbly saved by the Leitrim netminder Declan Molloy fell out to the waiting Kevin Connelly, the Longford full-forward however miss timed his shot and squandered the opportunity.

Leitrim were forced to keep their prospects alive through the placed ball for long periods of the opening quarter.

Brendan Byrne kept his team in contention with four first half scores, three coming from the placed ball. Longford nonetheless regained their composure in the latter stages of the first half and a brilliant goal from Cathal Mullane gave them a narrow one cushion at the interval.

After the break, Longford gradually started to extend their lead. The second goal arrived in the 42nd minute. Joe O’Brien lobbed a free in Leitrim’s full-back line and Mullane once again made took full advantage of the breaking ball and fired it passed the keeper.

The visitors instigated a late revival after Clement Cunniffe landed four points in quick succession but their hopes were dashed moments later when Longford bagged their third goal of the afternoon through Joe O’Brien that wrapped up proceedings.