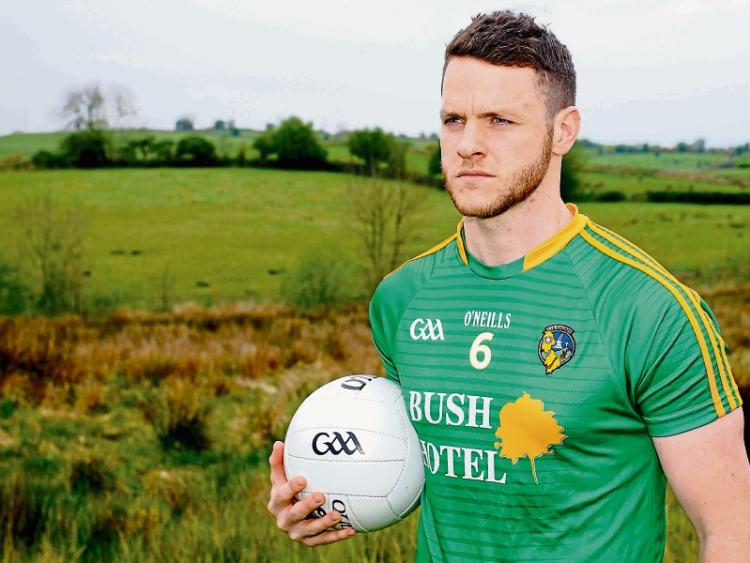 Many might talk about the need for championship reform and the need for a secondary competition for weaker counties but Leitrim captain Gary Reynolds is firmly against any moves to set up a B Championship.

“My opinion is I wouldn’t have any interest in getting into my car and driving two and a half hours from Dublin to play in a B Championship, that is just being perfectly honest,” Gary told the Observer ahead of next Sunday’s Connacht Senior Championship meeting with Roscommon in Carrick-on-Shannon.

And the Leitrim captain is realistic enough to know that many will query his stance but he firmly believes Leitrim and other counties do not deserve to be treated any differently to any other county.

“People will go, well look at your League standings, you can’t really come with words like that but I think you can,” said Gary, “This old cliche of we train as hard as anyone else, we do, we’re out six nights a week, gym sessions included.

“If you’re going to look at B championships, the Rossies are our next door neighbours, they are division one, they would be in the top tier. When would we get the chance to play them? And your dream to play against your neighbours and I know that we can compete them.

“The GAA is talking about fighting the rugby and soccer, they’re not going to fight that if a 15, 16 year old is coming up in Leitrim, Sligo, Longford, Offaly, knowing that they are not going to get a crack at the big guns.

“It is not going to inspire them to come out and play, they’ll say sure I’ll go off and play my soccer or my rugby and have a better chance of competing at that stage. You want to play against the better teams, you want to play in Croke Park.”

The Leitrim captain agrees that the chance of success is remote for the Green & Gold and other small counties but believes that all footballers want to test themselves against the very best the game has to offer.

“Listen 99 times out of 100, you will come up against a better Dublin team or a better Mayo team but there is always that chance that, one day, you will overcome it and we see it this year with Leicester City.

“We all want that crack at the top, I’ll keep playing and I’ll keep doing everything I can to get that crack and if a B championship was introduced, I just know that it wouldn’t inspire anything in the group to try and train for it.”

And Gary predicted that any move will have serious knock-on effects - “You’ll have lads heading off to America more frequently, four lads in Tipperary and they are very talented footballers, they are not guys on the periphery, they are guys who are playing week in, week out in the League.

“I don’t blame the young guys either, I did it myself in Australia and I had a great Summer. I was 25 when I done it and it was the best Summer of my life, young guys have to experience that. I wouldn’t have any problems with that.”