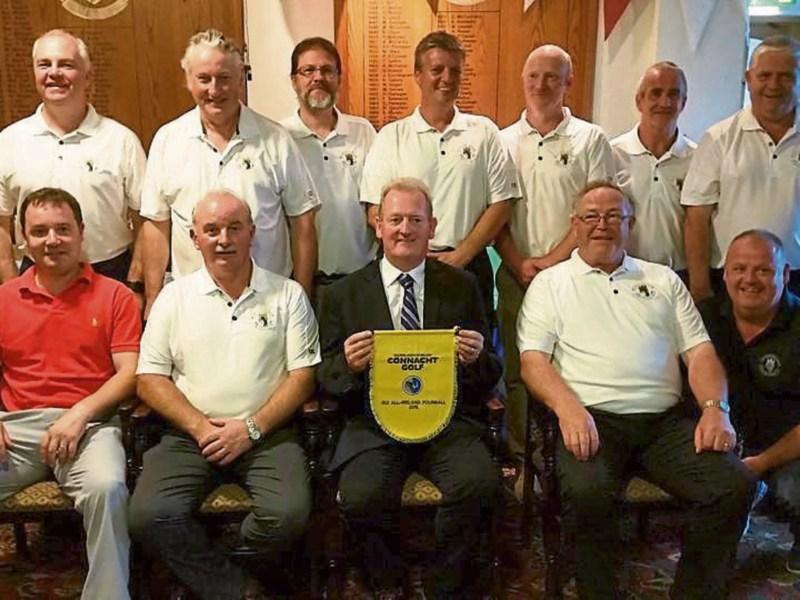 Carrick defeated Ballinasloe 7-3 in the final, which was played over two legs, the second leg in Ballinasloe last Saturday last.

Leading 4-1 from the first leg, Carrick travelled to Ballinasloe full of confidence, but after 4 holes that confidence was well dented with a reversal of the home score looking likely as Carrick were down in 4 matches and up in one.

As the matches progressed, the North Zone winners eased their way into the match and by the turn things were looking brighter. Peadar Griffin & Oliver Curran who were first out had reduced their deficit to one hole, Gerry McDermott & Seamus Sweeney were up against it three down.

Padraig MacShera & James Connors who were up from early on increased their lead to three, John Moffatt & Declan Loftus who had a bad start worked their way well into the round and by the turn it looked like there was only going to be one winner.

Curran & Griffin lost 11 & 12 to go three down but battled on to level the match on the 17th to take it up 18 only to loose on 18 one down. McDermott & Sweeney were up against an inform Mark Kelly and couldn’t get a foot hold in the game they lost 5/4. MacShera & Connors, who led from early in their round, maintained their lead and finished on the 17th 2/1 to give Carrick their first point.

Moffatt & Loftus slowly reeled their opponents in as the round progressed, a fantastic up & down from Moffatt on the 16th maintained that momentum when he holed a 12 footer for par and a half to maintain the two hole advantage with two to play and it was left to Declan Loftus, a winner on the first Carrick Cecil Ewing win, to hole the winning putt on the 17th for an historic win 3-2 on the day & 7-3 overall.

Well done to team captain Sean Gilmartin who was well on top of things throughout the campaign and now it is on to the All Ireland series in Castlebar in September, we wish the team well.