Punching above their weight in Ballinamore 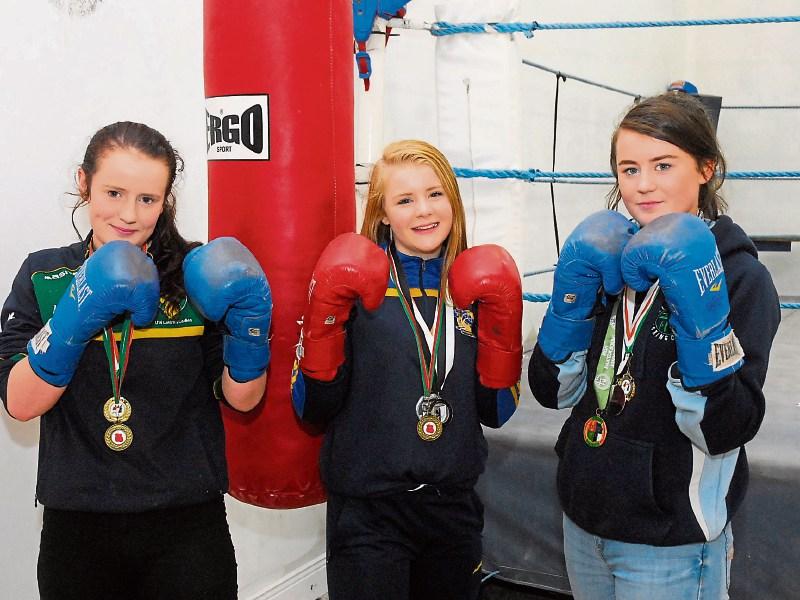 Only 11 years in existence, Ballinamore Boxing Club has enjoyed one of their most successful years ever with a host of up-and-coming fighters making their mark at provincial and national level.

Founded in 2005, the 30-strong Ballinamore Boxing Club has seen male and female boxers reach All-Ireland Finals as they continue to expand their custom fitted training facility in the town.

Club Coach Eugene McManus told the Observer “Boxing has become a very popular sport and it is one of the best sports when it comes to opportunities for girls as well as boys.

“We have about 30 members and some members of football clubs even come for the fitness training as boxing is one of the toughest sports in terms of fitness and dedication there is, you have to be extremely fit for boxing.

“We’ve got great help from other clubs in Leitrim and region and we are hoping to bring a few more titles back to the club in the years ahead.”

Ballinamore had a lot of fighters in action at Provincial and All-Ireland level this year - All-Ireland finalist Ciara Lavin unfortunately lost the U18 64kg Connacht Final this year, losing out to Renee Roach of Castlebar Boxing Club.

The experienced fighter then progressed to the All-Ireland Semi-Finals on July 22, where she fought and beat Megan Ruddell of Baldoyle in the U18 69kg category. Sixteen hours later, Ciara was back in action in the National Final but had to settle for second to Youth Olympics silver medalist Joanne Richards of St. Michael’s BC New Ross.

Katie Morris reached her first ever Connacht Final this year when she competed in the Girl 2 - 42kg category but unfortunately lost out to a very experienced opponent.

Megan Lavin fought in the Connacht Girl 4 57kg semi-final but again lost out to a very good opponent. However, Megan, a member of the Leitrim Ladies U14 gaelic football team, got some consolation when she beat a two-time All-Ireland champion at the prestigious Aglish Tournament later in the year.

Shauna Lavin’s misfortune is to come up against a Leitrim fighter who is making waves at national level, Manorhamilton’s Dearbhla Rooney. Shauna won her Connacht Youth 1 57kg semi-final but lost out to Rooney in the final.

The Ballinamore boxer progressed to the All-Ireland Semi-Final but again faced the all conquering Dearbhla Rooney who went on to win her fourth national title.