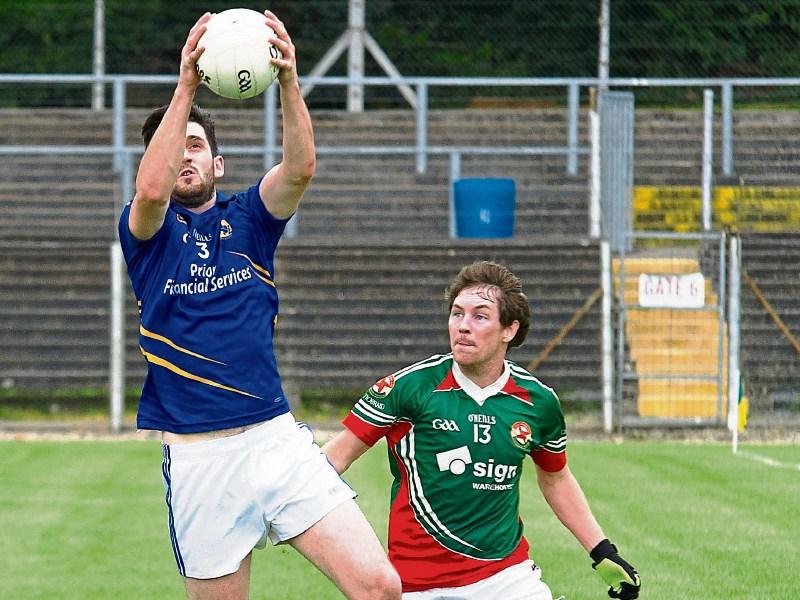 On the face of it, a comfortable win for Aughawillan but the 2014 Champions will be very worried about their showing against Kiltubrid.

Kiltubrid, now back in contention for a place in the playoffs after Drumreilly shocked Allen Gaels on Sunday evening, were blown away in the early stages by an efficient Aughawillan who led by eight points eight minutes before halftime.

But then Kiltubrid transformed themselves and started to take the game to their vaunted opponents and despite a seven point losing margin, they will feel that they missed a glorious opportunity as they hit the post, took points when goals were on and missed too good goal chances.

Added to their regret was the fact that Pearse Dolan's match winning goals came against the run of play, the youngster manoeuvring Shane Foley off the ball for his first goal before pouncing on a poorly placed free to drive home a second goal.

That proved to be the difference at the end and Aughawillan fans were certainly not impressed by the performance as their defence, with the exception of Barry Prior, was exposed by a Kiltubrid that many, including this writer, expected to be easy meat for them.

After the controversy of their loss to Drumreilly, Kiltubrid approached this game in a much calmer and composed manner and it showed in their performance and they must certainly believe they have a great chance of upsetting Allen Gaels in the final round of group games.

Perhaps Aughawillan expected an easy game and the early stages must have felt that way as they started well but then fell off the standards they normally produce. The victory almost certainly guarantees them a place in the quarter-finals but they will not want to suffer a defeat to their Drumreilly neighbours in the final group game.

Aughawillan were quickly out of the blocks, Mark Plunkett pointing before he blasted home after easily turning his man on seven minutes. Gary Plunkett added a point before Niall Foley scored a great point under pressure.

But Aughawillan were in control with Mark Plunkett and Stephen Gilheany scoring fine points while Noel Gill made a good save to deny Ciaran Gilheany a goal. Emmet Mahon pointed a free for Kiltubrid but the second goal did arrive for Aughawillan when Gary Plunkett finished in style.

Yet Kiltubrid were not lying down and despite a Barry Prior point, two Mahon frees kept Kiltubrid in touch on a 2-5 to 0-4 scoreline at halftime.

Kiltubrid missed some great chances early in the second half, Stephen McLoughlin spurning a goal chance but they hit points from Earley, McLoughlin & Mahon before Morgan Quinn converted a free for Aughawillan.

But the goal arrived on 11 minutes when Mahon and Shane Foley combined to set Earley free for a great goal, the same player adding a point after a great catch from Keelan McKeon.

Aughawillan tried to hit back with Noel Gill denying Niall Beirne but when Pearse Dolan muscled Shane Foley off the ball, he ran in to score an easy goal on 14 minutes before adding a point a minute later.

And Dolan ensured victory for Aughawillan when he intercepted a careless crossfield Kiltubrid free and he strode through for an easy goal to put his team eight points clear.

Kiltubrid refused to lie down and Earley took a nice point before Aughawillan sub Sean Flanagan drove a powerful shot over the bar with eight minutes to go. Still Kiltubrid fought back with Pat Moolick driving through to point and perhaps he could have gone further for a goal.

Emmet Mahon then dropped a free into the goalmouth, Michael Earley making a spectacular catch but the massed Aughawillan defence smothered his shot as he threatened a goal but the Kiltubrid man did add a point two minutes later.

Earley kept punching holes in the Aughawillan defence but he pulled a shot wide of the far post when a goal seemed certain but Aughawillan could easily have goaled only for a tame Morgan Quinn fisted effort to be easily caught by the excellent Noel Gill.

Earley kept his one-man attacking show going but he struck the base of the post with a low struck shot in injury time before Pearse Dolan showed everyone how to do it once more with a huge point to seal the victory.