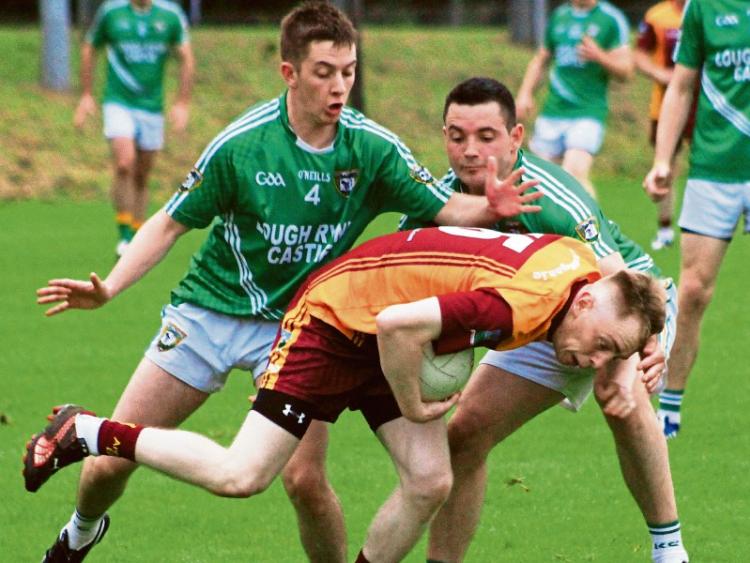 The Senior draw features a battle of the champions and a huge north Leitrim clash while the Intermediate draw is no less exciting with another huge derby in the Quarter-Finals.

Defending champions Mohill are pitted against 2014 winners Aughawillan in the Quarter-Finals while 2015 county finalists Glencar/Manorhamilton come up against their fierce neighbours and last year’s Intermediate champions Melvin Gaels.

Gortletteragh, who defeated St. Patrick’s Dromahair in the eighth place playoff on Saturday evening, face Allen Gaels in their quarter-final while Drumreilly and St. Mary’s Kiltoghert meet in the final last eight clash.

In the Intermediate competition, favourites Ballinamore Sean O’Heslin’s face a mouth-watering clash with neighbours Fenagh St. Caillin’s while a clash of undefeated teams sees Ballinaglera take on their neighbours Aughnasheelin.

Drumkeerin face Leitrim Gaels in the third semi-final while eighth place playoff winners Carrigallen will fancy their chances against Mohill’s second string side.

The draws were also made for the relegation semi-finals with another big derby when Bornacoola take on Annaduff while St. Patrick’s Dromahair face Kiltubrid in the other game. In the Intermediate, Eslin face St. Mary’s Kiltoghert while Cloone will be confident against Glenfarne/Kiltyclogher.

The full draw is as follows: