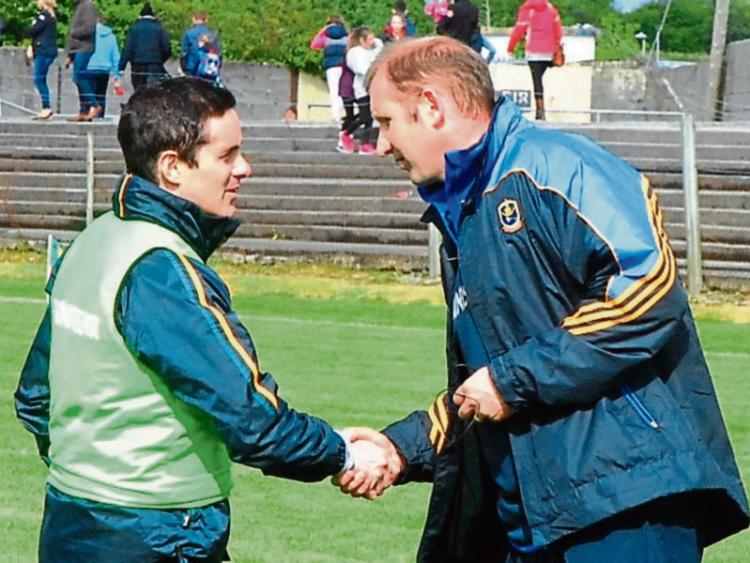 As Leitrim gets ready to announce its new manager on Thursday night, Roscommon football has been plunged into turmoil following the surprise resignation of joint football manager Fergal O’Donnell on Tuesday evening.

O’Donnell’s statement that he and fellow selectors David Casey and Stephen Bohan were stepping down with immediate effect will come as a major shock to Roscommon fans after the team had qualified for the Division One League Finals in 2016.

Questions will also be asked of the County Board as the statement issued by the three men described a “concerted effort has been made (outside of management and players) to undermine and disparage us."

O’Donnell’s statement said the decision was in the best interests of Roscommon football and to avoid “the inevitable distraction that would result from a potentially divisive contest for the position of manager between myself and Kevin (McStay).”

It appears that concerns had been raised in some quarters in Roscommon over the splitting of duties with McStay who is expected to continue in the role with former Mayo star Liam McHale also staying on.

In their statement, O’Donnell, Casey & Bohan said “It is with much regret and disappointment that myself, Stephen Bohan and David Casey have decided to resign from our roles as joint manager and selectors with the Roscommon senior football team.

"Having been asked 12 months ago to contribute to making Roscommon a force again over a three-year term, we were wholeheartedly committed to achieving that goal. Our decision to depart now is made in the best interests of Roscommon football and with a view to removing the inevitable distraction that would result from a potentially divisive contest for the position of manager between myself and Kevin (McStay).

"Recently, a concerted effort has been made (outside of management and players) to undermine and disparage us and it is especially disappointing and damaging that those involved purport to be concerned about the promotion of GAA within the county.

"We want to thank the backroom team, the County Board, our generous sponsors, our loyal supporters, Club Rossie and most importantly the players for their dedication, sacrifice and commitment to Roscommon’s cause.

"Roscommon has a hugely talented group of footballers. Now, as supporters, we share the hope that they will continue to learn, develop and ultimately fulfil their potential. To this end, we wish the team every success in the future.”

“During the meeting Fergal O’Donnell announced his intention to resign from his position as joint manager of the Senior Football team along with team selectors David Casey and Stephen Bohan  with immediate effect.

“Roscommon GAA would like to take this opportunity to thank Fergal O’Donnell for his long and dedicated service to Roscommon GAA and also thanks to David Casey and Stephen Bohan who have been great servants of the GAA in Roscommon. We wish themselves and their families the very best for the future.