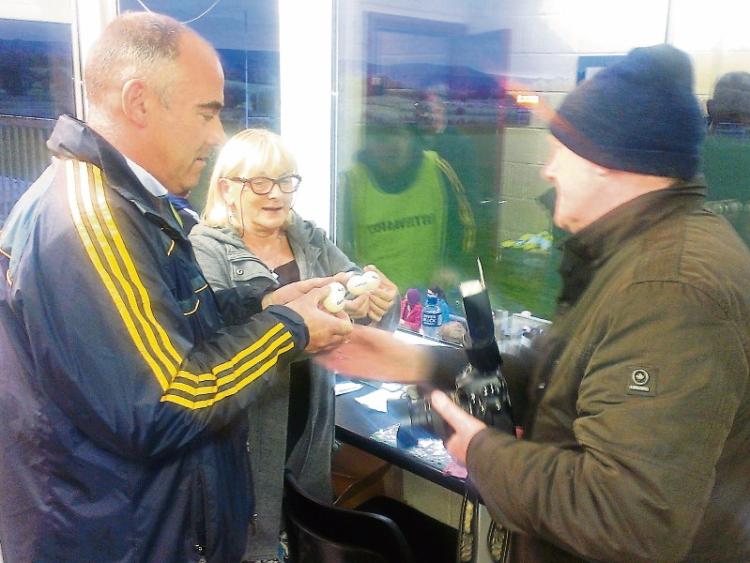 The big guns were kept apart in the Connacht Gold Senior and Fox’s Monumentals Intermediate Championships Semi-Final draws on Sunday evening after dramatic wins for Glencar/Manorhamilton and Gortletteragh.

2014 winners Aughawillan will meet Gortletteragh who prevailed in a nail-biting second half against Allen Gaels, 0-12 to 2-4, in Ballinamore while 2013 winners St. Mary’s Kiltoghert will take on Glencar/Manorhamilton who proved far too good for Melvin Gaels on Sunday afternoon.

With Conor Dolan leading the way for the former four-in-a-row champions, Glencar/Manorhamilton were never in trouble as they cruised to a 1-11 to 0-8 victory in Pairc Sean Mac Diarmada.

In the Intermediate Championship, Ballinaglera must wait to see who they play after they were drawn against the winners of the Drumkeerin and Leitrim Gaels Quarter-Finals replay next weekend. The teams couldn’t be separated in Pairc Sean Mac Diarmada on Sunday, a 0-8 to 1-5 draw the final result.

Favourites Ballinamore Sean O’Heslin’s will take on a Carrigallen team who proved too good for Mohill’s second string side, 0-12 to 0-8, in the other semi-final which are due to be held over the weekend of September 24/25.

In the Senior Relegation Semi-Finals, both Bornacoola and St. Patrick’s Dromahair turned their recent form on its head by recording victories over Annaduff and Kiltubrid respectively. The Bors beat their neighbours and great rivals 2-11 to 2-9 before a great crowd on Sunday evening in Pairc Naomh Mhuire.

And Dromahair stormed to a 2-11 to 0-7 victory over Kiltubrid in the other game, leaving Kiltubrid and Annaduff to battle it out to survive in the Senior championship.

See next week’s Leitrim Observer for full reports on all this weekend’s Senior and Intermediate Championship Quarter-Finals.