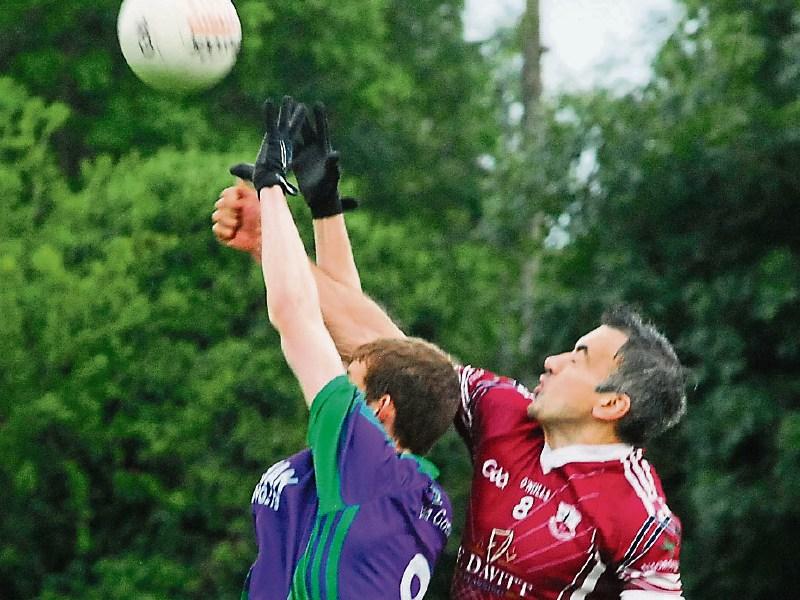 An intriguing derby featuring Lough Allen neighbours Ballinaglera and Drumkeerin that could just be the game of the weekend.

Ballinaglera have been a revelation in this year's championship as they played some sparking football to top their group before shocking a fancied Aughnasheelin in the quarter-final with a display that was simply outstanding.

Drumkeerin, on the other hand, had a more difficult route as they shared a group with Sean O'Heslin's before taking a replay to see off Leitrim Gaels last Saturday.

However, that replay may just be the saviour of their season as the improvement they showed between drawn game and replay was staggering, a more focussed Drumkeerin delivering a better performance even if they needed a late, late intervention to send the game to extra-time.

What impresses about Ballinaglera is their fitness and the fact that everyone on the team knows their job and knows it well. Defensively they are rock solid and are well able to match up against the Drumkeerin dangermen with Brendan McGourty, Patrick McGrail & Oisin McGourty standing out.

In the middle of the park, Ballinaglera have fielding ability and mobility while upfront, Fergal Wynne, Enda Maguire, Seamus McMorrow and Wayne Reynolds are all potent score getters.

Drumkeerin will have looked at the fact that Glera conceded three goals in the quarter-final but their over-reliance on the outstanding Cathal McCauley needs to be addressed because if McCauley, who can kick some poor wides, is held, then Drumkeerin are in trouble.

What will rightly give Drumkeerin hope is the spirit they showed against Leitrim Gaels and Felim McHugh is incredibly solid at full-back, Jason Beirne is a real leader at centre-back while Declan Daly, James Gallagher, Ciaran White and Seamus McNama are more than capable of providing enough ball for McCauley to prosper.

There is an advantage too for Ballinaglera in that they were able to watch Drumkeerin against Leitrim Gaels last Saturday and were able to see them at their best and at their worst.

This is a tough one to predict - Drumkeerin probably have the pedigree but Ballinaglera have the momentum and the form. Going on what I've seen so far, Ballinaglera to reach the Final.