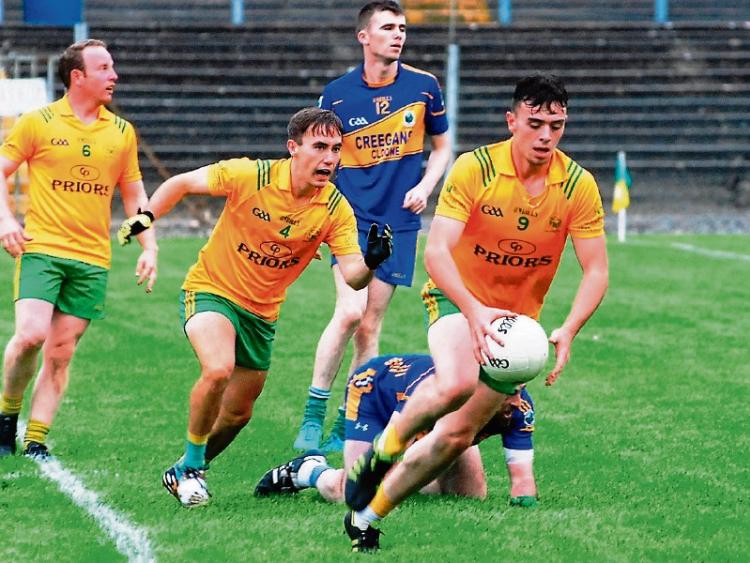 After losing the last two finals, it has been almost impossible to find another favourite for the Intermediate Championship other than Sean O'Heslin's.

The Ballinamore men have been the class act of this year's Fox's Monumentals Intermediate Championship and not even the disastrous losses of county duo Shane Moran and Matthew Murphy has slowed up the Sean O'Heslin's machine.

Aughnasheelin defeat, the team picked as most likely to test them, makes their path to glory all the easier in theory but the caution emanating from the Ballinamore camp is very noteworthy and encouraging for their fans.

Carrigallen stand between O'Heslin's and a third final appearance in a row and the fact that they have already met in the championship, O'’Heslin's romping to a 3-22 to 1-4 victory, leaves you believing they are a long way from the sort of form that would have you believing they are ready to take on Ballinamore.

Carrigallen are a curious case in that they have so much talent and were in the senior ranks recently so they should have serious hopes of returning to the Senior ranks almost immediately.

Their group campaign saw them defeat Cloone, a result that guaranteed them a place in the playoffs and they also showed a lot of determination to overcome Eslin the eighth place playoff by four points, a strong result.

Their victory over Mohill's second string was workmanlike rather than inspired and they relied heavily on centre-back Barry Reilly and chief-score getter Gerard Percival but the reliance on those two players to generate scores for Carrigallen could be a serious problem when a tight marking O'Heslin's defence confronts them.

The Ballinamore men also have serious power in the middle of the field where Dean McGovern has really stood out for me this year as the driving force, allowing Wayne McKeon to sit back and spray the ball effectively to a hard working forward line where Niall McGovern and Peter Reynolds have done very well this year.

Carrigallen will battle and battle, they have nothing to lose against such hot favourites but having lost two finals, O'Heslin's young players are well used to big occasions, Providing they keep complacency from their game, it is hard to see beyond Sean O'Heslin's in this semi-final.