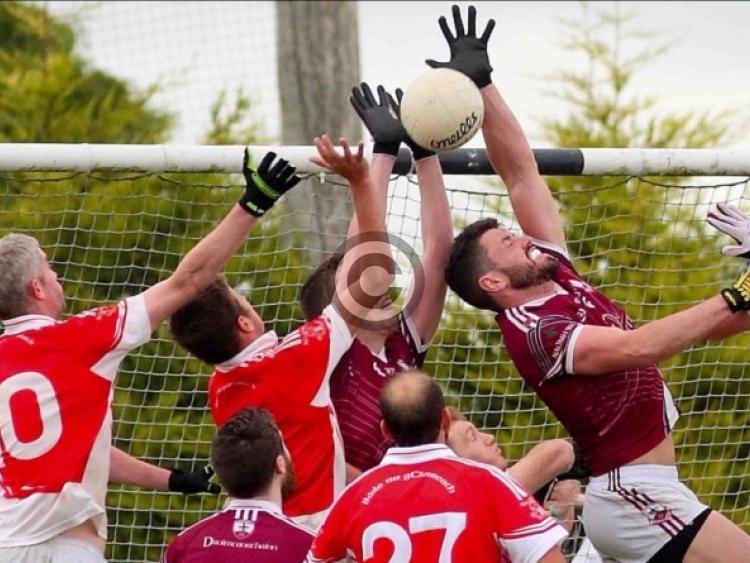 Action from last year's Intermediate Championship meeting of Ballinaglera and Drumkeerin. Tonight's Semi-Final has been called off

Saturday's Intermediate Championship Semi-Final between Ballinaglera and Drumkeerin has fallen victim to the weather as Leitrim GAA County Board have called off the game.

The Fox's Monumentals Intermediate Champiomship Semi-Final between the north Leitrim neighbours was due to take place in Pairc Sean Mac Diarmada on Saturday evening at 4pm as the curtain raiser to the Glencar/Manorhamilton v St. Mary's Kiltoghert clash in the Connacht Gold Senior Championship Semi-Final.

However, the Senior Semi-Final will still go ahead as County Board Chairman Terence Boyle told the Observer that with the rain that has fallen today and in recent days, the Board took the decision to postpone the game so as to ensure that tomorrow's games scheduled for Pairc Sean Mac Diarmada can still go ahead.

The County Board hopes to refix the Intermediate Semi-Final for tomorrow with details due to be released after Saturday's Semi-Final.