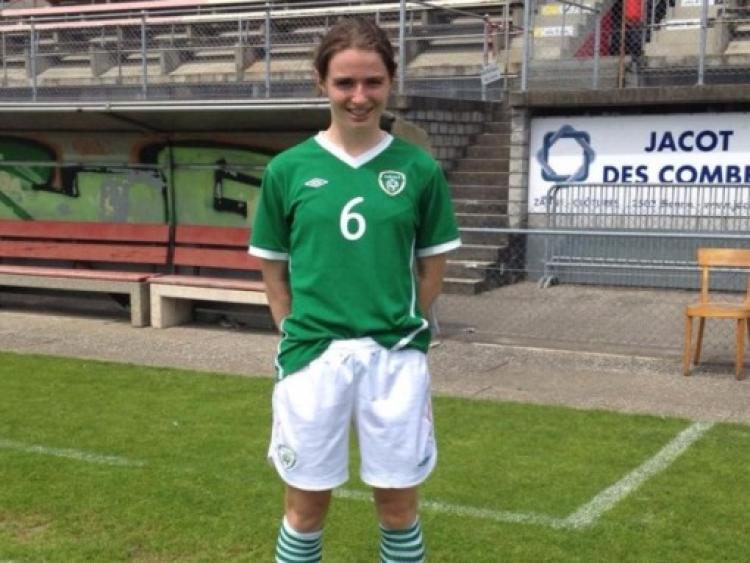 Dearbhaile Beirne was an unused substitute in Ireland's 10-0 win over Macedonia yesterday.

Mohill's Dearbhaile Beirne has been named in the Ireland U-19 squad for three European Championship qualifying games.
Ireland's first game, against hosts Macedonia, was played yesterday afternoon with Ireland recording an emphatic 10-0 win.

Dearbhaile was an unused subsitute yesterday with the Ireland goals coming from Leanne Kiernan (four), Niamh Prior and Alex Kavanagh got two apiece, and Jamie Finn and Eleanor Ryan-Doyle scored one each on a hot afternoon in Skopje.

Next up for Ireland will be an encounter with Wales tomorrow, Thursday (1.30pm) and Italy on Sunday (1.30pm).

Ireland are aiming to do enough to march on to the Elite Round before hopefully booking a place at next summer's finals tournament in Northern Ireland.

Experience is something that is shared amongst his squad with two players having been part of the 'History Girls' squad that reached the European semi-finals in 2014 and 13 players having travelled to Iceland for the European finals in 2015.
Ireland manager Dave Connell is upbeat about his team's chances and his diligent approach to these qualifying campaigns (which includes assembling a shrewd backroom staff) will be crucial as they get going.

Connell feels that preparations are going well. But it's all about translating that into a solid performance on the pitch and that is exactly what he will be asking of his players.