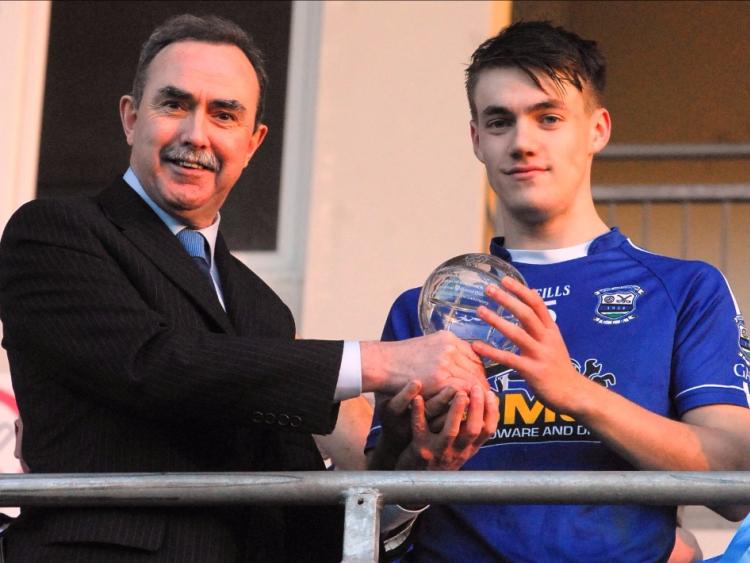 Darragh Rooney had a busy afternoon last Saturday lifting trophies as the Melvin Gaels captain also picked up the Minor A Championship Final Man of the Match award.

The first year DCU fresher collected the Man of the Match award after scoring 1-10 in the drawn game before scoring 1-6 against St. Manchan’s in another thrilling and exciting Minor Final Final in Pairc Sean mac Diarmada.

And Darragh appreciated the significance of the victory - “The first ever 15-a-side Championship for Melvin Gaels, I think we got to a final before but we never won it so it is a good sign for the future.”

The key to victory was not concentrating on the historical significance of the game, the Melvin Gaels lads being the first club team from north Leitrim, to lift the premier Minor competition - “We said before the match imagine it was the B Championship and that took the weight off our shoulders so we could enjoy the game more, take the pressure off.

“It was high intensity stuff, any team could have won and lucky we got the penalty in the end. At the end of the day, I think we did deserve it after all the work we put in during the year and we were unlucky in the first game not to win it but we came out the good side of it now.”

Incredibly, Darragh had been laid low by flu before the drawn game but he downplayed his scoring exploits - “I still have a bit of a flu now but sure, it’s gone hopefully by the end of the night. It is the pass that makes the score.

“It means a lot for all the young lads, we had lads here 15, 16 years old, I think we had a 14 year old on the bench and that it what it takes to make up the numbers and win a championship.”

As for winning the Man of the Match award, Darragh said “You don’t get them too often so I’ll cherish it tonight.”

SEE THIS WEEK'S LEITRIM OBSERVER FOR ANALYSIS AND REACTION FROM THE MINOR A CHAMPIONSHIP FINAL.