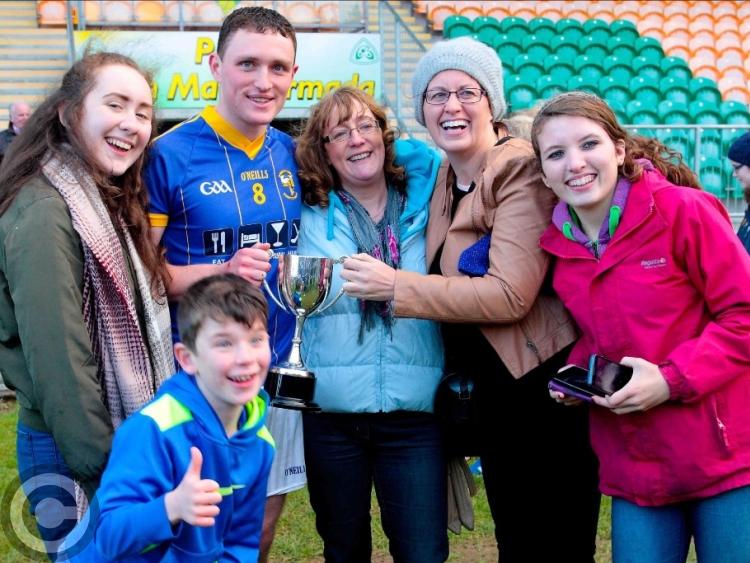 “After losing in the first round, we done a bit of soul searching and asked ourselves are we good enough and we all agreed we are and we said that if this is going to happen, we are going to have to really put the shoe down and think about this and what we are doing wrong.

“Of course, I have to say we had that little bit of luck, we got a few lads back from injury. Gavin O’Hagan - you saw what he did out there today, he is unbelieveable, we had James Rooney in full-force, we had the two Poniards flying and it was just amazing.

“We had everyone at full throttle. We sorted our issue with the goalkeeper and it made all the difference on the day.”

And inspiration was very easy to find as Carrick beat the Manor men in the first round just two weeks previously - “We started very poorly the last day and they got three goals very early on and we said that can’t happen today, we needed to get in their faces from the start and we did that and we moved on from there.

“A bit of panic set in towards the end of the first half but we gathered ourselves at halftime, we took the storm that came at the start of the second half and pushed on.”

But when Carrick were awarded a penalty that would have put them a point up, Niall stresses that he was never worried - “If Karl McDermott wasn’t in goal, I would have been worried. Thankfully, he was there and he saved the day. Karl was superb today and I can’t give him enough credit.”