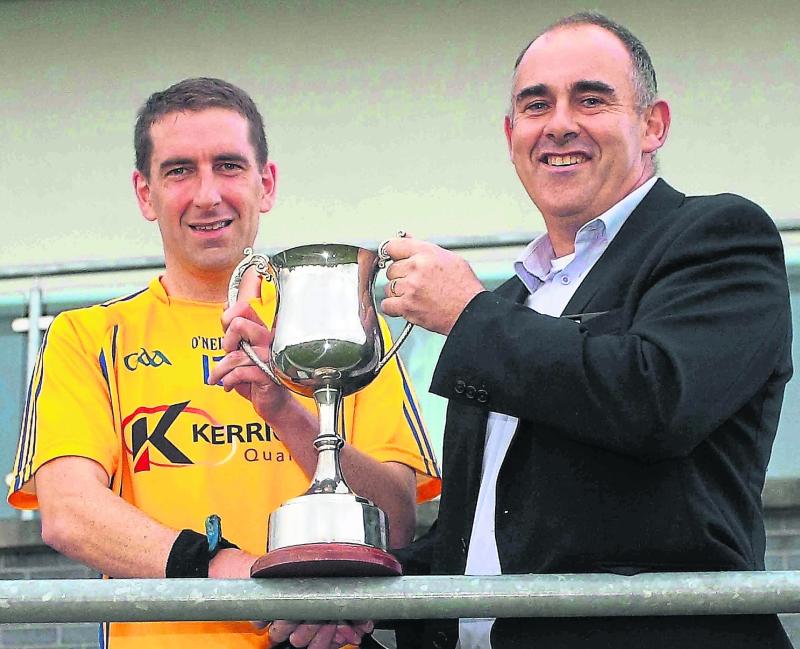 This Sunday will be a nostalgic day for Glencar/Manorhamilton as the 1999 Senior team who won the county title reunite to play the current Junior team for a fundraising event.

The knife-edge Senior County Final victory over Fenagh in 1999 will be recalled with gusto as will no doubt the famous James Kelly goal. All at Glencar/Manor could not be more excited about welcoming back the heroes of 1999.

Six of that team were members of the club's Junior team who captured the Leitrim Junior B title earlier in the month but as they have all firmly committed to their 1999 comrades, the Junior team may well struggle with team selection and performance on the day! We are therefore expecting the Junior Team to be made up of a 'select' panel!

The day will also have a touch of nostalgia due to the recent death of one of the team's stars, the late Mark Rooney. Mark will be remembered in a special way on the day.

Will Sunday see a reunion of old friends or a Renewal of old rivalries. Either way, it promises to be a thoroughly entertaining affair.

Throw in this Sunday at 3.30 pm sharp in the Bee Park.