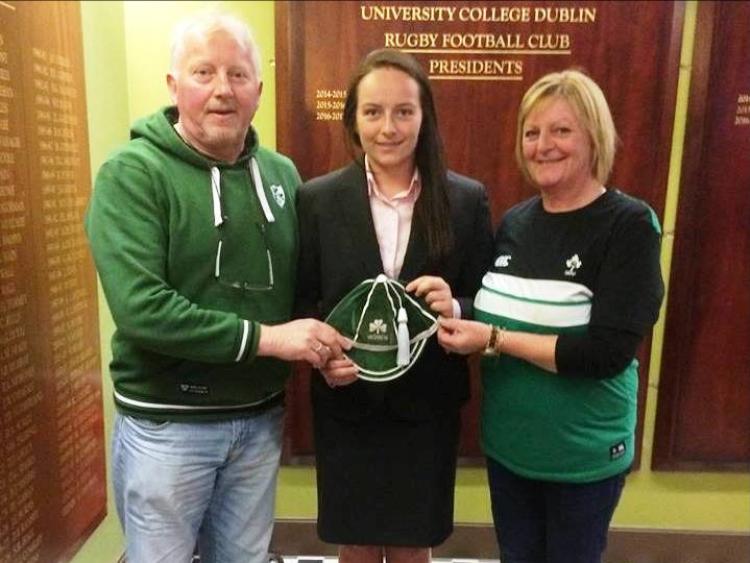 Nicole Fowley pictured with her first cap and her proud parents Pauric and Margaret.

Playing at Outside Centre, Nicole, a daughter of Pauric and Margaret Fowley from Leitrim, has previously played soccer in an FAI Ladies Cup final with Castlebar and she played gaelic football for Sligo.

Her father, Pauric Fowley, a native of Dromahair, played inter-county football for Leitrim, while her mother, Margaret (nee Clancy) is a native of Glenade.

Playing at UCD, Nicole lined out wearing number 13 and it proved lucky for her as analysts commented after the game streamed live online that she "didn't look out of place on the Irish side" but for her team the news wasn't as good, they lost narrowly to England whose late surge saw them win by two points.