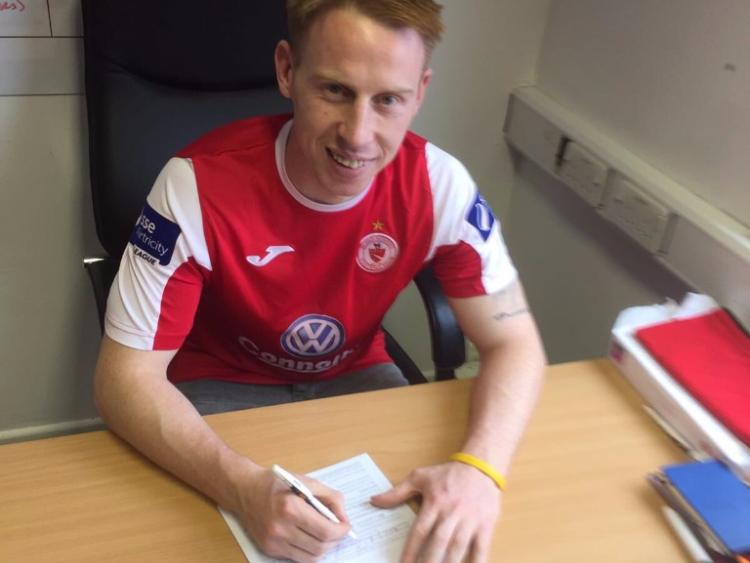 Chris Kenny becomes the third new player to sign for Sligo Rovers for the 2017 season.

Sligo Rovers have further added to the squad for the 2017 squad with the signing of midfielder Chris Kenny.

26 year-old Kenny joins with the Bit o’Red from Wexford Youths.

Kenny becomes the third new signing at The Showgrounds, following the signings for Shaun Patton and Kyle Callan-McFadden last week, and signs on a one-year contract.

His career began in 2010 when he signed with Wexford Youths. He was re-singed by Wexford mid-way through the 2015 season and helped them to their first ever promotion as champions.

Kenny was a regular last season with Youths appearing in 31 out of their 35 SSE Airtricity League and play-off games.

He scored three goals during the season including one in a notable 2-0 win over Shamrock Rovers.

Welcoming the signing Sligo Rovers manager Dave Robertson told www.sligorovers.com that “He is a central midfielder who will bring an abundance of energy to the team. He also has a great competitive spirit. Chris has the energy to get forward into the box and score goals.

“He is also dominant in the air. He has played centre-half in his career but I see him more in the midfield for with us. He will give us the tenacity that we need in midfield as well as adding goals.”

The signature of Kenny ends a near year-long pursuit for Robertson since first spotting the talents of Kenny.

“Securing Chris is a magnificent signing for us. He is another target who is right for what we need. I identified him early last season in a pre-season friendly when he played for the Defence Forces against us at The Showgrounds. He is a player that I have definitely followed since. He will add quality in the midfield area and also adds needed energy.”

Robertson is confident that this move can enhance the career of the 26 year-old.

“When we bring players here we want to make sure that they are right for us as people and as footballers. And I know that Chris comes from a good background. He has a great work-rate and hunger and comes with a real desire to be successful. He will be improved by coming here and playing with better players. I am really excited to have him here, he is someone who will give us 100%.”