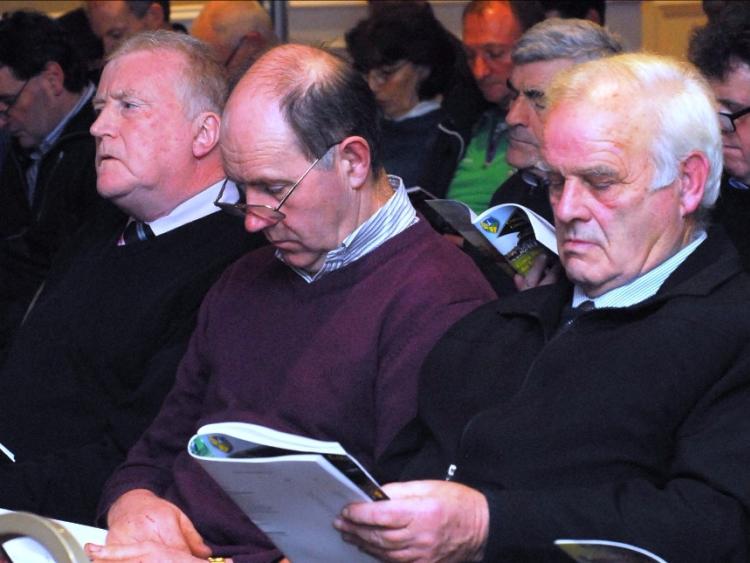 With the motions on competitions due to discussed at a special meeting of the County Board this Thursday, Convention was a quiet affair when it came to motions on Monday.

But that didn’t mean it was without an interesting discussion as an Allen Gaels motion detailing points deductions for teams failing to field in the League generated an interesting debate.

The motion, which  would have to go before Congress, proposed that a team be deducted two points for every game they concede in the League and that the deduction take effect in relation to the following year’s League.

When pointed out that the motion, if passed, couldn’t be brought in this year as clubs were unaware of the consequences, Allen Gaels readily agreed to amend the motion as Paschal Mooney said “The proposal is to try and have an effort made to minimise the adverse impact teams conceding games has on the League.”

Board Vice-Chairman Sean O’Suilleabhain said “It is very hard to see how this motion can pass. There are an awful lot of walkovers in Division 3 and 4 but the penalty is excessive.”

Pointing out that the Leagues currently boast 48 teams, down from a high of 56, he added “We have already seen Division 5 and the C Championship wiped out, there is no excuse for failing to field in Division One but we don’t want to crucify teams.”

PRO Declan Bohan said the sentiment behind the motion, to highlight the problem of withdrawals, was good but the penalties were “draconian” and he suggested that fines for failing to field could be increased.

“It is too easy for teams to take the option of conceding a game and that can have implications on the remaining teams in the division and I think clubs have to be conscious of the gravity of the concerns that many clubs have and perhaps fining the club, say perhaps €500, if their concession had catastrophic effects for other clubs.”

Dromahair’s Jim Meehan pointed out that a lot of clubs were in difficulty with many young Leitrim people in New York, London and Australia and that “certainly half of the clubs in Leitrim are struggling and halfway through a campaign, you could lose half your team  to emigration.”

Paschal Mooney said that the club wanted to provide “some sort of incentive not to concede games” but when it was put to a vote, the motion was heavily defeated.

In view of the news of the GAA's TV rights deal last week, two motions on keeping  GAA games on TV free to air were withdrawn while a motion that all motions at National Congress be passed on a majority vote passed, although chairman Terence Boyle commented delegates “don't seem to care one way or the other” with the poor response for the call to vote.