Search on for new treasurer as Brian departs role 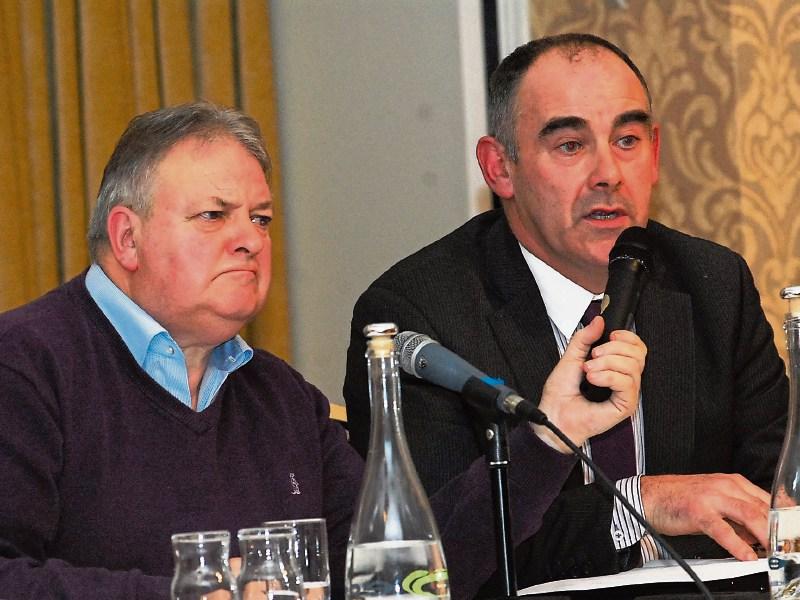 Brian Gordon thanked all the clubs of the county and his team of helpers as he stood down from the role of Treasurer after four years.

In a low key report, there were few questions for Brian on the finances for the past year with the one big discussion concentrating on the cost of sanding and spiking the pitches in Pairc Sean Mac Diarmada and the new Centre of Excellence in Annaduff.

With the cost of upkeep of County grounds increasing from €21,268 in 2015 to €58,186 this year, Brian said that both pitches had been sanded and spiked, extensive remedial work was carried out on the sideline in Pairc Sean Mac Diarmada while there were extensive work carried out on the sewage system in the Centre of Excellence.

Both Brian & County Board Chairman Terence Boyle described the work on Annaduff as a preventative measure and they both warned that there will be considerable running costs in the years ahead of the Centre of Excellence.

Brian agreed that County team costs had increased greatly during the past year while medical costs had also gone up in the last year.

Finishing his address, Brian said “I would like to thank all of the clubs of Leitrim who have given me great support over the past four years despite the difficult financial climate of the past few years. I know how hard it is for clubs to find €10,000 at the start of the year but the clubs always pay.

“I cannot forget my loyal team of match officials who, weekend after weekend, are out on gates at games, covering six different venues around the county and this Board wouldn’t be able to operate without these people.”

Paying tribute to Terence Boyle and Attracta O’Reilly and all the officers he has worked with, Brian said “It has been a fantastic honour for me to serve as your County Board Treasurer, I am now going forward with a new venture but I will always be proud to have served the Leitrim County Board.”

In his address to Convention, County Board Chairman Terence Boyle paid tribute to the Mohill man for all his work - “Finance as always is a major problem for not only the county board but also our clubs and it is a constant struggle to keep our heads above water and thankfully Brian is showing a slight surplus for the year .

“This is testament to the continued success of our supporters club and to all our clubs and supporters for making it such a success. I have worked with Brian for the past two years and have always found him a real gentleman to work with and always had the best interest of the county board at heart.”

Speaking of the failure to receive any nominations for the post of Treasurer, Terence called for clubs to make nominations in the coming weeks as he said “It is not ideal that we find ourselves here this evening without a replacement treasurer and it is unfortunate that one of the main officer roles remains to be filled.

“But it will be business as usual and it is important that we get the right person for the job and we will be going back to clubs and looking around the county for a suitable replacement.”