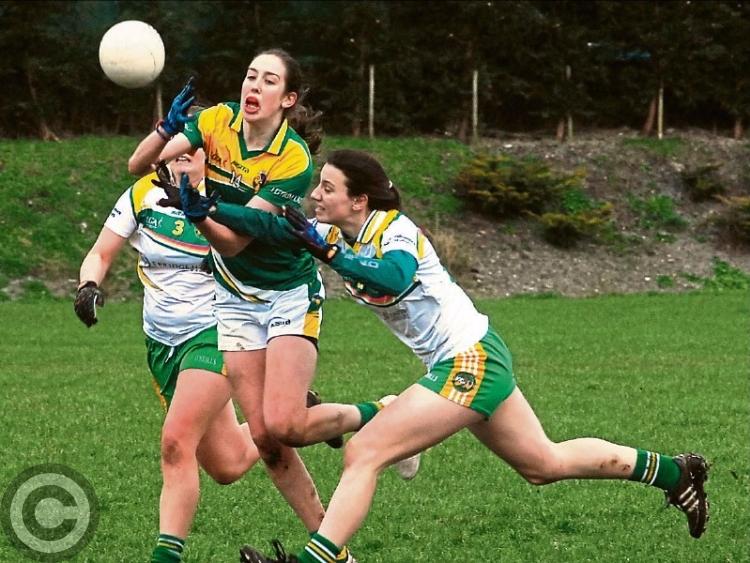 Welcome to part two of our Sports Review of the Year where we look back on 2016 through the thoughts of Leitrim Ladies captain Aine Tighe and our own Philip Rooney.

Keep an eye out on our website for more reflections on 2016 from Olympian Breege Connolly, Leitrim captain Gary Reynolds,Ocean FM’s P.J. Leddy and the Observer’s Willie Donnellan and John Connolly.

Breege Connolly, to get to a level to compete on a world stage in any discipline is a phenomenal achievement, and to represent your country on the Olympic stage has to be one of the most prestigious honours for any athlete. The fact that Breege succeeded only a couple of years after picking up the sport makes the achievement all the more remarkable!

Glencar Manor Ladies who claimed a clean sweep of underage titles in the county from U12 through to minor as well as claiming two All Ireland titles in both Féile and Community Games along the way. An exceptional achievement for any club.

Getting a regular training base within the county with the opening of the Leitrim GAA Centre of Excellence in Annaduff. Particularly from a ladies point of view to finally have a place to train within the county, and with the top quality facilities available in Annaduff it was a huge step forward.

Disappointment/ Lowlight of the Year

Not reaching Croke Park would be the overriding disappointment from this year, given how close we have been in the last number of years it is disappointing not to have been able to push on and contest an All Ireland Final. The scheduling of a round of club league games on the weekend before the Connacht Final would be another real disappointment, given the amount of time and effort which has gone into trying to raise standards in the ladies game this was a really disappointing step backwards.

Hopefully an injury free year and if I got my hands on a bit of silverware I wouldn’t complain!

With the Leitrim U14 Ladies team claiming an All Ireland title in 2016, I would be hopeful that many of those players would make the step up in years to come. Muireann Devaney would certainly be one to watch, she has been excellent this year and is deadly within sight of the goal. At senior level Eilish O’Dowd had an excellent first session at inter county level so I would be looking forward to seeing her build on that again next year.

Locally there were some incredible highlights - Breege Connolly and the Aughawillan footballers stand out amongst many notable performances. Moving beyond the county boundaries the performance of Martin O’Neill’s Ireland team in France during the summer lifted the mood of an entire nation.

The backlash against RTE for the nominations they chose for the Sports Personality of the Year award show how difficult it can be in picking one person from a variety of sports as a standout performer. From a Leitrim point of view, it is hard to look beyond Breege Connolly who became the fifth Leitrim Olympian when she ran in the marathon at the Rio Olympic Games. Nationally the O’Donovan brothers, Gary and Paul, would get my vote. Not only are they incredible athletes, their upbeat nature helped bring a sense of fun to the Olympics.

It was a year to remember for Martin O’Neill and the Ireland team as they advanced from a difficult group at the European Championships. Dublin were deserved All-Ireland winners and the Irish rugby team put the negativity that followed last year’s World Cup behind them as they defeated the All-Blacks for the first time. Arguably topping all those achievements were Dundalk FC who claimed a third successive SSE Airtricity title and produced a 12 game European campaign that made a mockery of the financial disadvantage they faced against illustrious opponents.

For excitement, drama and entertainment, it would be hard to look beyond the triple header the County Board held in Pairc Sean Mac Diarmada on October 9. The Senior, Intermediate and Minor finals all proved to be excellent encounters with the return of the Intermediate Final alongside the Senior decider adding to the sense of occasion.

Anyone present in Markievicz Park cheering on the Leitrim footballers in early July will still have an array of emotions when they reflect on that day. After the second ever qualifier win against Waterford, Leitrim had an opportunity to reach unchartered waters in the All-Ireland Championship. Unfortunately it proved to be a day to forget as Leitrim were outclassed in a game they never looked like winning.

A third ever Connacht Championship title may seem like a pipe dream but in a knock-out tournament with only seven teams, surely it must be the aim for all associated with Leitrim GAA approaching the new year. If it is deemed to be an unattainable goal, then the merit of the provincial championship should be questioned and perhaps it is time to look seriously at the benefits of an Intermediate  championship. For those who question the merit of such a tournament, ask the Leitrim players about their experience of playing in Croke Park during the Tommy Murphy Cup - many will say it was the highlight of their time wearing the Green & Gold.

The recent Leitrim Sports Star Awards were a perfect illustration of the depth of talent that hails from this small county. Whether competing locally, nationally or internationally, there is a significant number of talented sports people. Kinlough’s Darragh Rooney looks to be a footballer with a very bright future while Eanna Madden, John Mulligan & Aoibheann Boyle will once again be hoping to shine on the international stage. Another to keep an eye out for over the next 12 months is Muireann Devaney who had an excellent 2016 for Glencar/Manorhamilton, Leitrim and had trials for the Irish U15 soccer team.