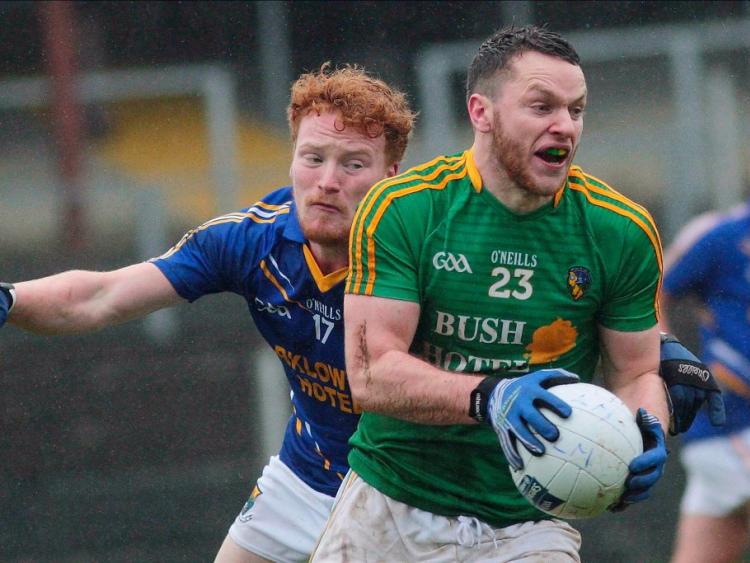 Welcome to the final part of our Sports Review of the Year where we look back on 2016 with Leitrim captain Gary Reynolds and the Observer’s John Connolly.

The Leitrim Observer would like to thank everyone who contributed to our review of the year over the Christmas period, for taking the time to share their thoughts on another epic year for Leitrim Sport.

Being asked to be captain of my county for 2016. Not just personally but for my mother & father, family & also my home club of Carrigallen as I know a lot of my underage coaches and friends were happy for me. It was disappointing with how results and injury took hold but I cannot deny it was something I will look back on with great pride.

On a global scale and having seen so many famous people pass away, I would have to say Muhammad Ali. I did know how much of an impact he had globally but when you look back on his highlights through life and sporting memories it really impacts how influential he was and how painfully tragic the latter years of his life was through illness. A few others would be Pat Lam and  in Gaelic football circles, Lee Keegan. Really drove Mayo on at times and his decision making under pressure is excellent.

A number of teams to be considered here. Connacht Rugby really stand out for me. The attitude, culture & results they produced were second to none. For a number of years the process under Lam was not delivering but they stuck by him and the plan and it paid dividends. Obviously Leicester City, no words are needed here. Dublin footballers, Aughawillan & Sean O’Heslin’s really showed class and nerve in their championship wins also.

Ireland’s win over the All Blacks in Chicago would have to be my standout moment. I love all forms of sport and would literally watch anything. The physicality, passion, pride & skill levels were frightening and I was fascinated and enthralled for the full 80 minutes, although a lot I couldn't even watch with nerves. I also really loved the Olympics despite the furore caused by doping allegations, before and after. Best of all for me was Ireland’s win over Italy and the crazy scenes when Robbie Brady glanced that header in. I am a massive soccer fan and that is  a moment I never forget. The two All-Ireland finals this year were a joy to behold - everything that is great about the GAA.

Personally it has been my struggle with injury. Spent most of my preseason rehabbing my injury which had come on really well but five  weeks out from Connacht championship and one week out from my club championship with Oliver Plunketts in April, I was admitted to hospital and  had my appendix out. Overall a very frustrating year in 2016. Aston Villa being relegated from the premiership also a tough one to swallow.

Would have to be getting back on the pitch with club & county and just enjoying the basics of sport again. Getting back to a competitive level physically & mentally. Aston Villa returning to the premier league where they belong! And promotion from Division 4.

Ryan O’Rourke from Fenagh - Great potential, also has a great attitude & dedication which is great to see in a young guy. A number of guys coming through in the Leitrim setup who have massive potential and could form a great nucleus going forward, provided they stick together & work hard. Colm Kiernan also from Carrigallen is another with a bright future. For my beloved Aston Villa, I am hoping Jack Grealish can have a big 2017.

Moment of the Year

The County Final triple header, the Minor Final replay, Drumkeerin and Leitrim's Gaels replay were all special but it is a fascinating interview with the legendary Pakie McGarty that really stands out. What was supposed to be a 20 minute chat ended over four hours later with a ream of magical stories recalling a very different time and a very different game.  Pakie's warm welcome and that of his wife Ella & son Eamonn was not just a highlight of 2016 but of my 27 years with the Observer.

In Gaelic games, there was no nobody more influential than Dean McGovern. What the youngsters achieved on a consistent basis all year with Ballinamore Sean O'Heslin's marks him out above everyone else.

But Leitrim's Person of the Year was clearly Breege Connolly. A late comer to the sport, the Kinlough marathoner is  a truly inspiring  story of what can be achieved by someone with determination fighting against all the odds. Breege preached such a positive message of what can be achieved that anyone involved in Leitrim sport would do well to listen to her message of positivity and determination. One of the best ambassadors that Leitrim, as a county, and athletics, as a sport, could hope to have.

As a transplanted Dub, watching this Dublin team is a real treat for a one who witnessed a lot of terrible days - long may it continue although sitting beside Willie Donnellan at an All-Ireland Final isn't good for the nerves! Leitrim wise, Drumshanbo VS's all-conquering Volleyball Cadette squad were awe inspiring while the Melvin Gaels Minors restored one's faith in gaelic football, showing what the game could be if played in the right spirit.

Best Occasion of the Year

There wasn't a better event this year than the send-off Kinlough gave Breege Connolly before last Summer's Olympic Games in Rio de Janeiro. It was inspiring to see the community turn out in such numbers to honour one of their own and typified what all that is good about local communities. The launch of Mohill GAA Club's history was a magical evening that celebrated all that is good in the GAA.

The disconnect between  Leitrim GAA teams and the county's fans. It was disheartening to see so few out supporting both Men's and Ladies teams in 2016, putting paid to the reputation of the Green & Gold supporters.

Leitrim GAA needs some big changes and the recent changes to the adult championship and underage structures will take time to bear fruit but they are a great first step.

This is much harder than it appears. Eanna Madden is promising a big breakthrough while Pearse Dolan, Darragh Rooney and Dean McGovern capture the imagination but the one who really stands out as an outrageously talented and fierce competitor is Muireann Devaney, probably the most talented underage footballer in the county, male or female.