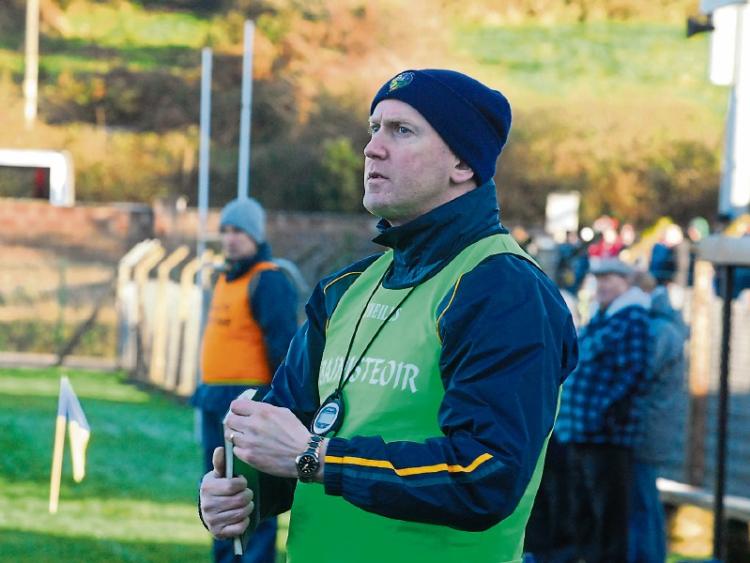 New Year, new beginning and, to be a little romantic, a new hope. Leitrim Seniors get their 2017 season underway next Sunday in the FBD Connacht League and you can definitely detect a few buds of optimism among Leitrim fans.

The Inter-county year got underway on Monday with a workmanlike and effective destruction of Wicklow in the U21 Hastings Cup but it is the first official outing of the Senior team next Sunday in Mohill (2pm throw-in) that will most interest Leitrim fans.

Galway Mayo IT provide the opposition in Philly McGuinness Memorial Park and while the College team have been a mixed bag in recent years, desperately poor at times, Leitrim fans will be looking to see new manager Brendan Guckian on the sideline.

So does Brendan, as he approaches his first official outing with the Leitrim Senior team, appreciate the enthusiasm to get the first football action of 2017 - “We’re looking forward to it, I suppose games are what everyone is looking forward to.

“We’ve got a panel together, we have a panel that we are happy with, we have people there who want to be there, who want to wear a Leitrim jersey. I suppose we have to be patient, we’re only together a couple of weeks so we need to be patient. It will take us time to settle on a team but again, it is a massive opportunity.

“We have about eight of the U21s on the Senior panel which again is a great thing for the future of Leitrim football and I am beginning to look forward to it as is John, Seamus and Michael, we are all looking forward to it.”

Training may have officially began on December 1, but there has been a lot of work done behind the scenes with the recruitment of Dublin players Brendan & Conor Gallagher and Finn Kearney to the Leitrim set-up while the return of Wayne McKeon and Emlyn Mulligan is another major boost.

Off-setting that, however, is the absence of Paddy Maguire and Kevin Conlan, two key figures from the last few years but Brendan is confident that the work being done in the background will pay dividends in the long term.

“There was a lot of work done in the background, we’ve three lads who have joined us from Dublin, who brought a bit of freshness into the panel. Obviously, there are some guys gone off the panel from last year but there will be a freshness to it.

“We are only together from the first of December so things are only starting to get into place but the structure is there, ready to go. The lads are training hard and putting in the work and I have no doubt that whatever is asked of them during the year, they will deliver.”

The main priority will be the National League and the Championship with the FBD League and the Hastings Cup being used to try out players - “We’ve eight of the squad who are with the U21s so their priority will be the Hastings Cup which will have games on the Saturday so that will give what we will call the Senior lads a great opportunity to play in the FBD League.

And with so many young players, the Leitrim manager is looking to his experienced players for leadership - “There is a good blend between the Senior players and the younger guys. Emlyn and Wayne are natural leaders and the young lads definitely need the likes of them guys and together they will blend and there should be a good format between the whole lot.”

This year’s U21 squad are quietly fancied to make an impact in Connacht, having won the Connacht Minor League three years ago and Brendan was happy with the performance against Wicklow - “A good win, a great bunch of players at U21 level, very spirited side, very hard working side, very honest side and again you can see the talent that is within the squad.

“One of the great strengths that we have is that we have a very strong panel. Probably fatigue set in towards the end of the second half, they played Roscommon two days ago and it probably caught up on them but they worked hard.”

Leitrim will again be emphasising strength in depth which was illustrated as the U21s started without Pearse Dolan, Ryan O’Rourke and Mark Plunkett against Wicklow - “It is the strength of the panel. Mark and Pearse are only after coming out of a long campaign with Aughawillan so it is to try and manage fellows, get a bit of recovery from them.

“Ryan O’Rourke is just down with the flu but it is fantastic, the guys that came in today did exceptionally well so there is going to be massive competition for places so that had to be a positive. It is going to be a panel effort, 1 to 15 isn’t going to win it, it is going to be one to 28.

“They are all going to have different roles to do at different times. You saw Mark Plunkett come on in the last six minutes and he took over around midfield and got a great score so it is fantastic to have that sort of fellow coming on.”

But in the main, Leitrim's new manager is simply looking forward to the future and the coming matches - “The players are enthusiastic, they are all looking forward. 2016 is gone, today is the second of January so we are focussing on the future.

“We will take it one step at a time. I am enthusiastic, the rest of the management are enthusiastic and the players are buying into that enthusiasm. So I think we are all looking forward to 2017.”