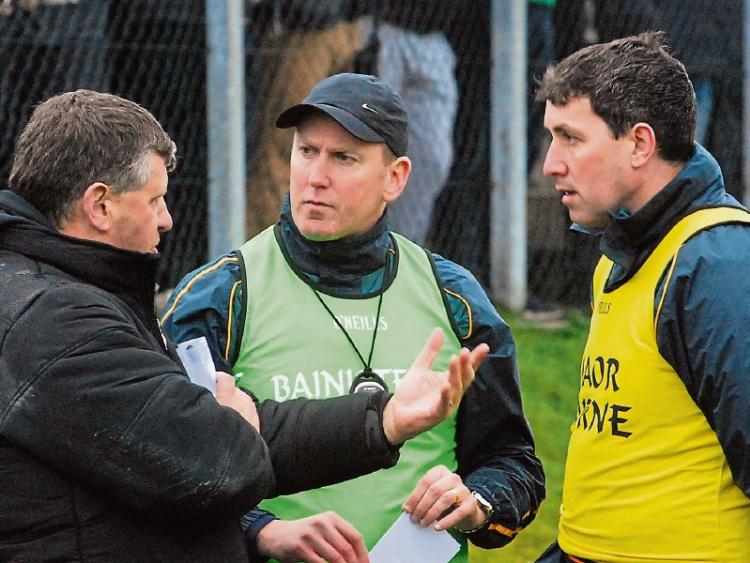 It was far from a difficult encounter but new Leitrim manager Brendan Guckian was simply happy to see his team out on the pitch for the first time last Sunday.

Sunday’s facile 19 point victory over Galway Mayo IT was hardly an ideal test but Brendan took the positives from the outing - “I said to you during the week that we were looking forward to getting the lads out on the pitch, playing games, that’s what they have been training for over the last couple of weeks.”

The St. Mary’s Kiltoghert clubman was pleased with some aspects of the win, less happy with others as he stressed Leitrim won’t read too much into the margin of victory - “We obviously won’t get carried away with the result but in saying that, I thought we worked well.

“I thought the quality of our tackling has improved, obviously our scoring was good, the fact that we conceded two goals is something we have to look at as well. But overall, there are a lot of positives, there are still lot of things for us to work on during the week.”

Yet the Leitrim manager was the first to state that much tougher tests await, starting next Sunday with Galway’s visit to Ballinamore - “We’re looking forward to Galway because obviously you are playing a much higher standard of football, we won’t get as much time on the ball.

There were a lot of debuts last Sunday with Dublin duo Fionn Carney and Conor Gallagher enjoying two different experiences but Carney, taken off after just 17 minutes, was suffering from the flu in the lead-up to the Green & Gold debut.

“Fionn has struggled with the flu during the week, he was very anxious to play but his energy levels just weren’t where they needed to be. In fairness to him, we decided to pull him,” revealed Brendan.

And the Leitrim manager was impressed by the versatility and enthusiasm of Conor Gallagher - “Conor started at half-forward, then he went to wing half-back and ended up at corner back and didn’t question any decision, I don’t think he ever played at cornerback.

Alan Armstrong and Noel Plunkett both earned plaudits after their debuts in the full-back line - “When you think Alan Armstrong and Noel Plunkett in the full-back line, the two of them stepped up. It was their first introduction to inter-county senior football and I thought both of them carried themselves very well, both are physically strong and sort of traditional backs who will do a job and do it well and that is what they did today.”

The overall aim of the FBD League is to get games for players which Brendan again emphasised - “We’re trying to use everyone over the two days, the U21s on the Saturday and what we call the Senior panel on the Sunday.

l Leitrim take on Galway next Sunday in Ballinamore (2pm throw-in) in the second round of the FBD League.