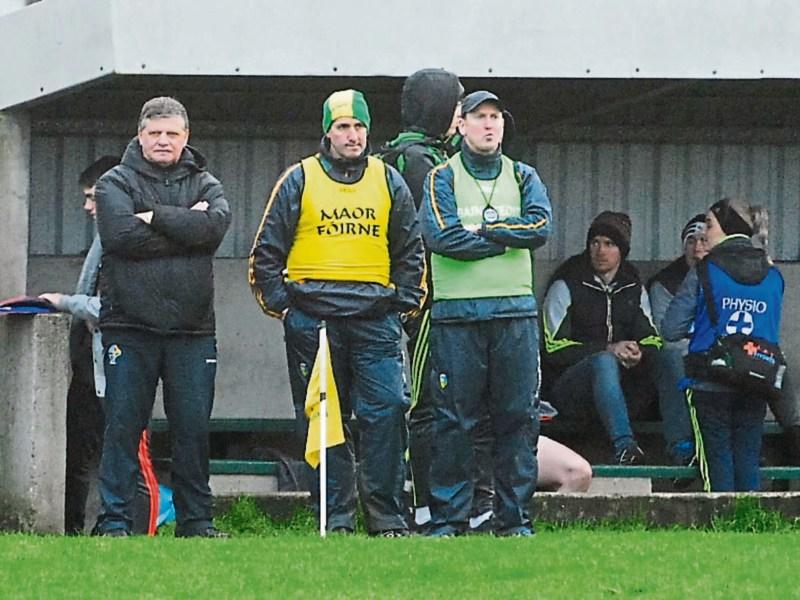 A chastened and visibly shocked Brendan Guckian didn’t mince his words as the Leitrim manager declared “we stood off them and were crucified.”

The new Leitrim manager came in 2017 with a wave of optimism that gathered pace with a destruction of Galway Mayo IT in the first round of the FBD Insurance Connacht League.

But that optimism was shattered cruelly last Sunday in Pairc Sheain Ui Eslin, Ballinamore as a ruthless Galway scored three goals inside 180 seconds and cruised their way to a devastating 27 point victory, 5-21 to 0-9.

Finding words to describe what Leitrim endured were always going to be difficult but Guckian didn’t shy away from harsh truths - “We didn’t seem to be tuned in, beaten in every sector of the field, physically we were over-powered, pace wise we lacked - so many issues, so many problems today.”

And the Leitrim manager brought that very subject up as he commented “I said it last week with the pace of Galway, we weren’t going to get time on the ball and the flip side of that is that we gave them too much time on the ball.

“The flip side of that is if you give them too much time, you’ll be crucified and that is exactly what happened today, we stood off them and were crucified.”

Brendan agreed that heads dropped very early but the Leitrim boss is looking for a positive reaction ahead of the final FBD League game - “I suppose it is a natural reaction, when you concede three goals that early, it was surreal.

And Guckian stressed that it is how players react will have a major bearing on the season - “Again, it is how we all react, we have to have a serious look at ourselves. I hope the reaction will be a positive reaction.

“Our objective hasn’t changed, it is focussed on Wicklow in three weeks time and we have to keep our eyes on that. It is more about the performance, it is the disappointment of the workrate, it is just in general a massive disappointment.”

Leitrim did have some good news with the U21s victory over Offaly on Saturday to reach the semi-finals of the Hastings Cup next Friday evening but it came with a cost as Brendan confirmed that Melvin Gaels star Darragh Rooney sustained a suspected broken collarbone.

“Darragh Rooney has a suspected broken shoulder,” said Brendan, “he will obviously be a massive loss to the U21 team, Darragh is a great kid and he will do everything in his power to get himself right and to come back as good and as strong as he has been.”