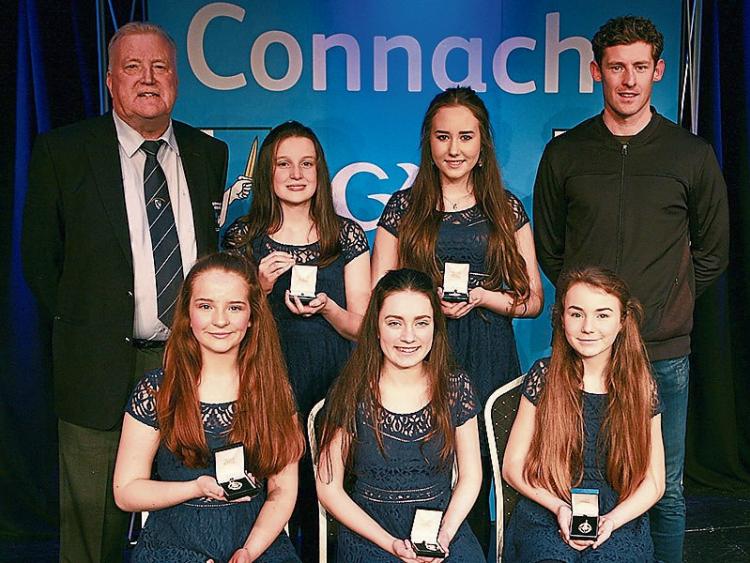 One Connacht title for Leitrim in this year's Connacht Scór na nÓg Finals last Saturday in Claremorris as St Mary's took home the only title in the Ballad Group.

They join Fenagh, Naomh Caillin’s (Question time) in the All-Ireland final in Belfast on February 11.

The first Leitrim competitor's to take to the stage were the young ladies of Glencar/ Manorhamilton in the Figure dancing. The girls gave a great performance, using all the stage for the Cross Reel. But it was Louisbourgh Mayo who danced through to the All-Irelands.

In Solo Singing Ava Fitzpatrick, Claremorris, Mayo won the Connacht title seeing off Leitrim's Katie Conefrey of Fenagh, who sang a beautiful rendition of the Shores of Lough Bran.

Recitation was a very entertaining competition, with Patrick Mullooly of St Dominic's Roscommon, defending his All-Ireland 2016 win and St Mary's Michael Connorton tight to his heels, the title went to the brilliant Eilish McDermott from the Davitt's club in Mayo.

High credit to the young Michael Connorton of St Mary's on a fantastic performance. He gave a great deliverance and poise on the stage, telling his witty story.

A fabulous win for St Mary's Ballad group, gave yet another outstanding performance. With five strong performances given by Connacht counties, elation for Leitrim winning their first and only title of the night. The Carrick ballad group having made it to the All-Ireland last year are thrilled to be representing Connacht & Leitrim once again.

Abbeyknockmoy of Galway lifted the title in Instrumental Music, winning over Leitrim's St Mary's team. The four young ladies received fantastic rapture from the audience but unfortunately with stiff competition, not the judge’s choice.

The Music was a highly entertaining competition; any of the five counties could have easily won the title. The musical arrangements they brought to the stage and the array of instruments the young people play with ease, was certainly to be admired.

Leiriu winner was St Dominic's of Roscommon & Set Dance went to Abbeyknockmoy of Galway, seeing off last year's All-Ireland winners, Aughamore of Mayo. Leitrim once again had no entries in either of these competitions. Hopefully Leitrim can revive these competition entries in coming years and not let the talent seen in past success go unnoticed.

The All-Ireland Finals will be held in the Waterfront Theatre, Belfast on February 11, at 3pm. Please note it is a ticket only event, tickets are priced at €20 and are non-refundable. They can be ordered through; Claire Crossan 087-6472547. All orders must be placed by Friday January 20.

Wishing St Mary's Ballad group & Fenagh Naomh Caillin’s Question time and all of the Connacht winners the very best of luck at the All-Ireland final.

There were a large number of applicants for the Leitrim Co Board GAA Gaeltacht Grants and the draw for the winners resulted in the following offers of from €200 to €400.