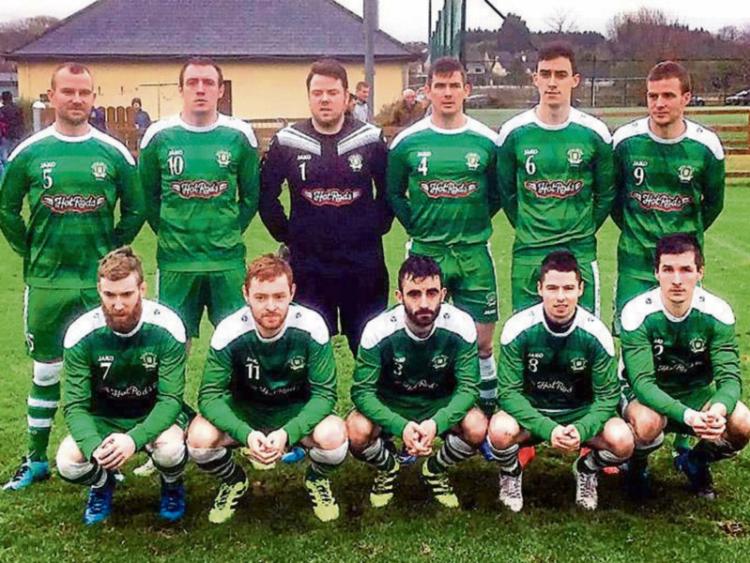 The drama and excitement of penalties were needed to separate Boyle Celtic and Ballina Town when the sides met last Sunday in the last 32 of the FAI Junior Cup.

A match that could have gone either way, was ultimately decided by penalty kicks with Boyle advancing to the next round on a scoreline of 4-1 after a dramatic penalty shoot-out.

Mick Corrigan opened the scoring for Boyle with a 27th minute goal but the Mayo side drew level when Dylan McKee converted a penalty.

On the stroke of half-time the home side took the lead when McKee struck for his and Ballina's second goal of the afternoon.

Boyle responded well when the game got underway after the interval and levelled matters 10 minutes after the restart when Aaron Calpin's header found its way to the Ballina goal.

Boyle regained the lead with 10 minutes remaining when Luka Roddy found the Ballina goal but there was still time for plenty of drama.

With time running out and Boyle appearing to be on the verge of securing their place in the next round, Ballina's Mick Duffy, who previously played for both Mervue United and Shelbourne pounced for an equaliser with seven minutes remaining and it looked as though the game was destined for extra-time.

However, there was still time for more late drama as Ballina were awarded a penalty which offered them the opportunity to clinch, what moments earlier had seemed like an unlikely win.

However, Kyle Suffin was the Boyle hero, making an excellent penalty save to ensure the game would have to go to extra-time.

There was no addition to the scoreline during extra-time meaning penalties were needed to find a winner.

As always a penalty shoot-out can be a lottery but on this occasion lady luck smiled on Boyle Celtic with Suffin once more the hero as he saved three Ballina spotkicks while Danny Brown, Michael Corrigan, Niall Brennan and Gerard McDermotroe were all on target to ensure Boyle advance to the last 16 of the biggest knock-out competition in Europe.

Here are the results from the 7th round draw of the @FAIreland Junior Cup! Some tasty fixtures ahead, good luck to all on the #RoadToAviva! pic.twitter.com/38W6nubirr