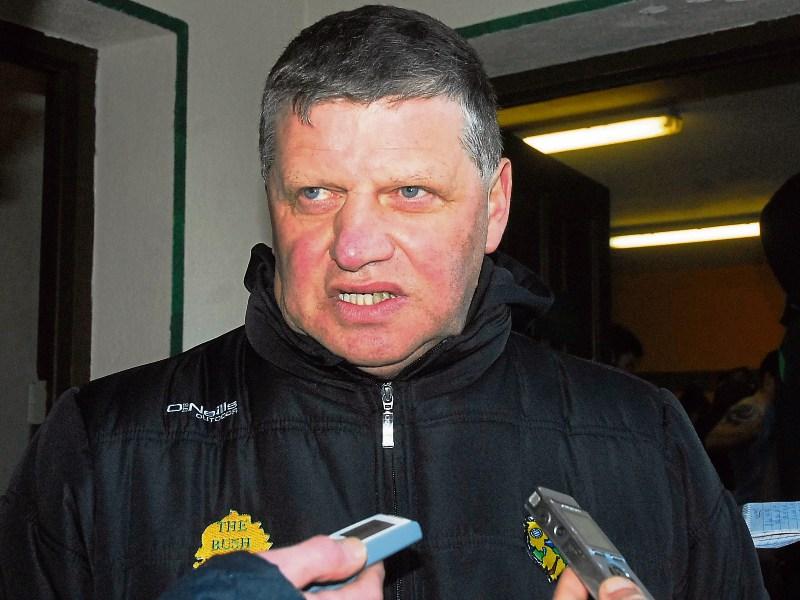 The FBD League came to an end for another year last Sunday and after the game, John O'Mahony agreed there were positives to be taken from Leitrim's second half performance but also acknowledged there is plenty of room for improvement.

The pleasing aspect for Leitrim was that when faced with potential embarrassment, they produced a much improved second half. The downside was that they were well off the pace set by Sligo during the opening half.

Reflecting on the game, the man who guided Leitrim to Connacht glory in 1994 remarked “The FBD League is preparing us for the first round of the national league.

“Sligo showed in the first 20 minutes that they are a Division 3 team and we showed that we are a Division 4 team. What today was about was a reaction to what happened last week and as it happened, we didn’t start well at all and that is an area that will have to be looked at.”

While less than pleased with the start made by Leitrim, John was pleased by the reaction shown by the team after the break while he was also encouraged by the contribution of some of the younger members of the panel.

“It was gratifying in the second half that we didn’t bow the knee. Over the last three weeks, we have been playing the U21s on a Saturday and trying to mind them for the Sunday. As a result of the fact that the game this weekend was on Friday night against Longford, we were able to use a few more of them and they did have a very positive effect when they came in. There is a lot of food for thought for two weeks time.”

The limitless substitutions undoubtedly had an effect on the rhythm and cohesion of the Sligo team but nevertheless John was pleased his players didn't simply accept defeat as their fate when the second half got underway.

“I know there was an awful lot of changes on both sides and that disrupts the rhythm as well but it was fought back to three points so the game is never over. It gave us a big hole to dig ourselves out of but I would be heartened by the fact that, you say the game was over, if everybody accepted that then you just shut up shop and you could lose by 20 points but they didn’t and that was the response that was needed.”

Turning his attention to the opening round of the National League against Wicklow John commented “It’s going to be a difficult game away from home but that is what it is about.

“We obviously want to take each game as it comes but we need to throw everything at it because when you look back at last year Leitrim beat London and beat Louth but didn’t win any other games and we want to improve on that by the time the league is over.