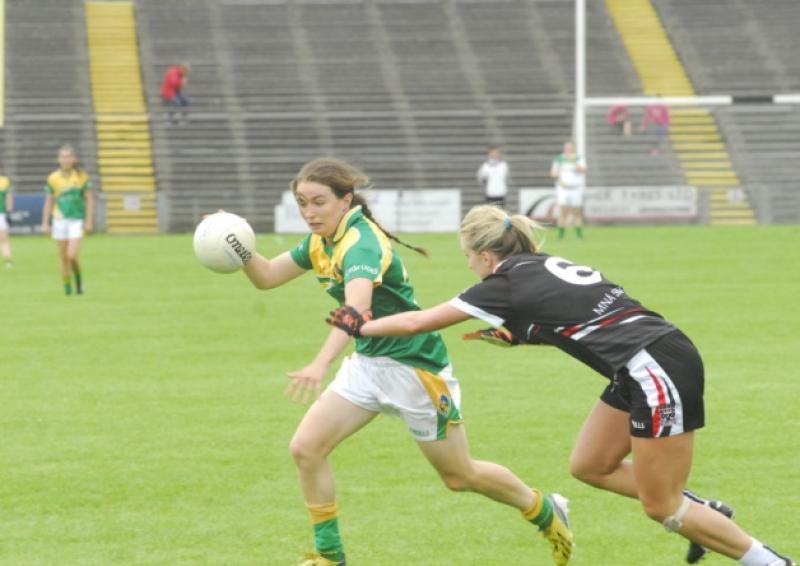 Dearbhaile Beirne was the match winner for Leitrim scoring all five goals.

Leitrim made a winning start to their Division 3 campaign this afternoon with a convincing win over Limerick in Ballinamore.

Fresh from her goal-scoring exploits for the Ireland U-19 team in a recent win over Portugal, Dearbhaile Beirne was in excellent goalscoring form once more as she found the Limerick net on five occasions.

The visitors started brightly and should have led by more than one point when Beirne scored her first goal of the afternoon in the fifth minute.

Two Limerick points saw the visitors draw level before Aine Tighe, who was well marshalled by the Limerick defence, put Leitrim back in front with an excellent point.

Having registered just two scores during the opening 23 minutes Leitrim struck for their second goal with Aileen Maguire and Laura O'Dowd hugely influential in creating the opportunity for Dearbhaile Beirne.

Limerick closed the gap to two points with two points in quick succession but their momentum was quickly halted as Aine Tighe created the opportunity for Beirne to score her third goal and she duly dispatched the ball between the Limerick goalkeeper's legs.

Leading 3-2 to 0-5 as the second half got underway, the game was all but over as a contest three minutes after the restart as Leitrim scored their fourth of the afternoon.

With the sides permitted to make unlimited substitutions new Leitrim manager Philip Brady took full advantage of that rule as he took the opportunity to have a look at all the players available.

Clare Owens and Emma Guckian were very much to the fore for Leitrim during what was a much improved showing in the second half for Leitrim while Limerick seemed to lack the energy they had brought to the contest during the opening exchanges.

Dearbhaile Beirne's clinically taken fifth goal ended any lingering doubts and Leitrim's attention now turns to next weekend's game away to Down.