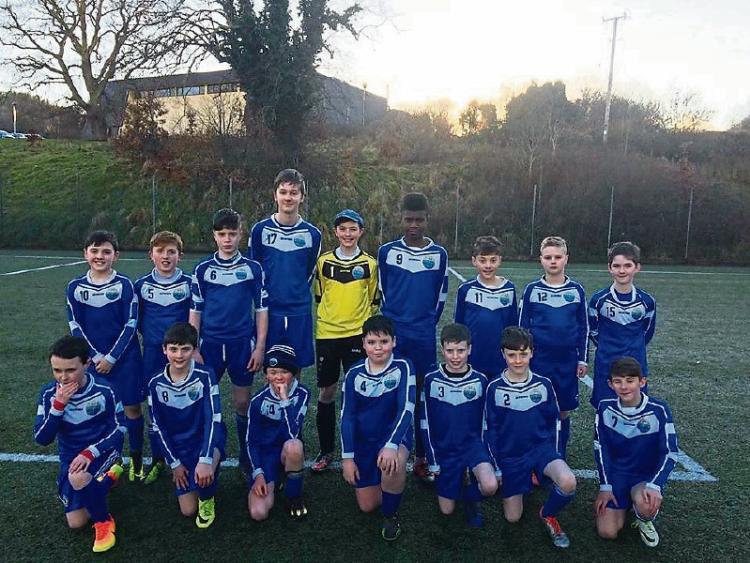 The Carrick Town U13 Division One team that played Gurteen Celtic in Cleveragh on Saturday. Despite going down to a 4-1 defeat Carrick advance to the play-offs.

Carrick Town Senior team suffered heartache at home as they were denied a well deserved victory deep into injury time at the Showgrounds last Sunday.

Leading 2-1 entering the fifth minute of additional time, Cliffoney scored despite complaints that goalscorer Niall Thomas was in an offside position. It was tough to take on the Carrick side having come from a goal down to take control in the second half.

Cliffoney opened the scoring a minute into the second half through Christy Keaney but Carrick hit back. Rodrigo Bouabida scored a neat finish after a superb cross from Sean Hayden to level matters on the hour mark.

After another accurately taken dead ball delivery from Alan Doherty striker Conor Silke rose highest to nod home and give Carrick the lead.

A failure to kill off the game proved Carrick's achilles heal yet again and after the late controversial goal, they had to settle for a point. Next Sunday Carrick Town face Merville at home.