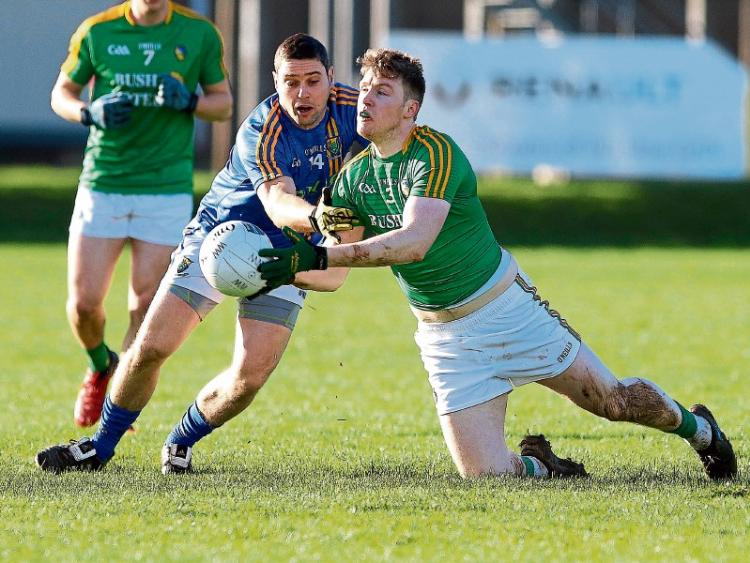 Aughrim always appears to be further away than I imagine. I think it’s because I have a good friend who lives in Annacurra (a neighbouring village) and my mind’s eye has a habit of shortening any geographical distance that is linked by friendship.

That said, the drive home after Sunday’s game was one of the shortest I can remember.

Leitrim’s performance in Aughrim brought with it more than two vital league points in what is going to be tough and challenging Division 4 season. It brought a sense of hope that was as welcome as the Groundhog signalling that winter is over and spring has indeed sprung.

So what worked well? The spread of scorers was pleasing as was the nature of some of their points. The ability to retain possession was crucial and showed a calmness and maturity that belittle the fact that eight of the starting 15 were making their national league debuts.

Our intelligent contesting of primary possession in midfield put us on the front foot from a great number of Wicklow’s and our own kick-outs. Our defensive structure was sound and difficult to break down.

Our running off the ball and in support of the man in possession was well-timed and tireless. Our substitutions made an impact.

Leitrim has over the past few seasons managed to get one or two of these elements of their game working well. But to pull them all together at once suggests that there is a strong understanding of the system of football they are trying to play and implement.

In other words, Leitrim looked organised. More organised than I have seen them for quite a while.

What reinforced this was the performance of Donal Wrynn at centre back. Donal has enormous talent and potential. While we have seen glimpse of the former, the latter has not been realised at inter-county level. Until Sunday. Not only did he bring to the game the sort of physical presence we so badly require, Donal brought his mental game too.

Donal has been shuffled up and down the spine of the team too long and he deserves to be given the opportunity to excel in one position. While it’s hard to judge on one performance, centre back could well be that berth.

The first and primary job of any centre back it to block the direct route to goal and provide a pivot around which the rest of the defence should revolve. He did that brilliantly on Sunday.

His positional guile saw him drop back into the hole, when necessary, allowing him to intersect numerous Wicklow passes intended for their inside forward line.

At other times he held his ground on the 45 to offer an important physical barrier to opposition raids. When appropriate, he pushed up into midfield, especially on the Wicklow kick-out.

This looked like something worked on carefully in training. He tended to break the ball towards specific locations while the sweeping Leitrim wing backs and forwards were in tune with this tactic.

However, the most pleasing aspect of Donal’s performance for me was how he marshalled the rest of his team. In any game when a team builds up a decent lead a tendency to commit too many men forward can materialise.

Donal’s bellowing calls rang around Aughrim endlessly on Sunday ordering his teammates back into their correct formation like a general instructing his troops.

Leitrim needs Donal as a leader of men in both deed and word and he wasn’t found wanting as Leitrim’s new team captain in his first national competitive outing.

While the result was hugely welcome – and important, for every new management team needs early wins to assure their players that there is substance behind their methods – it is consistency that I seek from this team and set-up.

We need to consistently produce the sort of cohesive performance I and the other faithful band of Leitrim followers viewed in Aughrim on Sunday.

The result won’t always end up in our favour, but if consistently applied – with nuanced alterations to match the opposition of course – formidable habits will be formed. Once such foundations are cemented in place that level of performance becomes the norm rather than the exception.

We have had equally good wins over the previous few Division 4 campaigns, but all too often they were followed up by inexplicably poor performances. There can be no resting on laurels or bathing in the warm afterglow afforded by victory. That game is dead now.

By all means riffle through its corpse for whatever valuables you can bring with you, but then bury it and bring an increased focus and commitment to everything done at training this week.

Wexford on Sunday will offer an altogether different challenge. One we should look forward to with relish. Why not play your part and get along to Pairc Sean and support the lads?